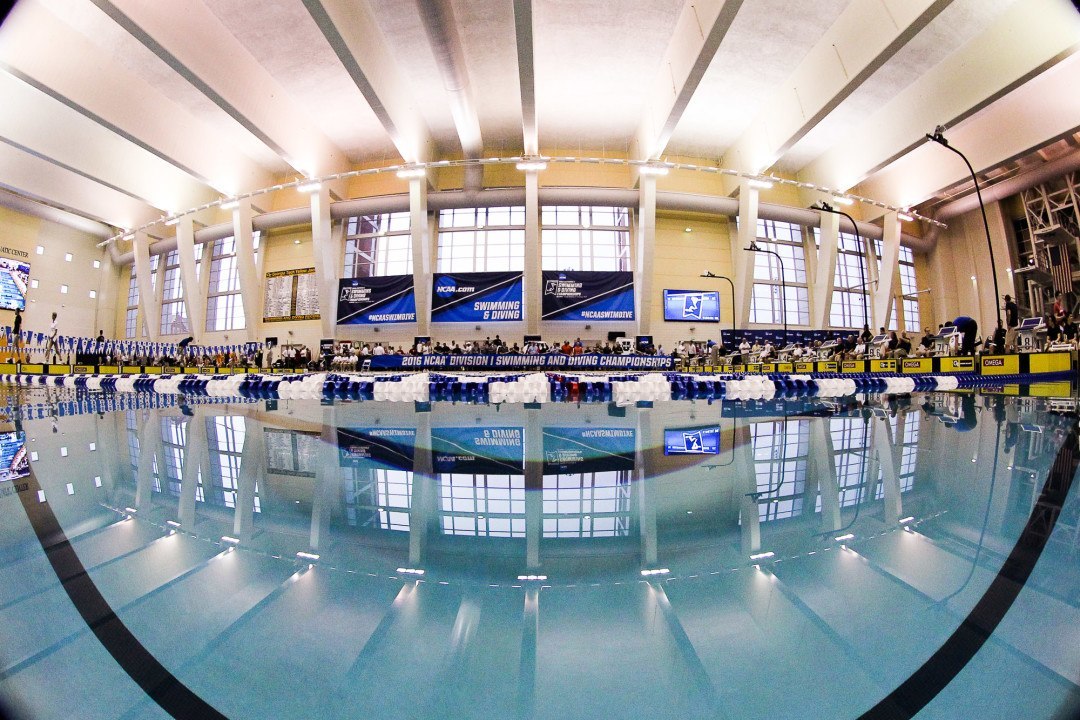 Two Atlanta-based swim programs clashed this afternoon, with Division I and ACC member Georgia Tech coming away with the victory over Division III powerhouse Emory. Many of these athletes are homegrown Peaches (Georgia Tech has 23 Georgians on its roster and Emory has 9), and are familiar with one another from the club and high school swimming circuit. Georgia Tech notched 25 first-place finishes (including exhibition swims) over the course of the meet to come away with both team titles on its Senior Day.

The Yellow Jacket men racked up 3 NCAA B qualifications behind Senior Moises Loschi (54.53) and Freshman Caio Pumputis in the 100 breast (54.53), and Junior Rodrigo Correia in the 200 free (1:37.48). Correia also had a fast swim in the 100 free (44.66), but perhaps the most impressive swim of the entire meet was Pumputis’ 100 IM (48.86), which leads the NCAA this season. In fact, the last known NCAA swimmer to beat that time in the 100 yard IM was Grand Canyon’s Iegor Lytvenok who swam a 48.52 back in November 2015 at the Northwestern Invitational. Our research shows that only 11 men have been under 49 seconds in the 100 yard IM, with most of those times coming from the 2011 Oklahoma Elite Meet. Simon Burnett‘s winning time at that meet was 47.44.

Yellow Jacket Matt Casillas swept both diving disciplines by wide margins. He first claimed the 1-meter springboard by a score of 322.58, and then followed it up with a comfortable win in the 3-meter (424.95). Casillas’ time on the 3-meter marked a new school record.

Diver Camryn Hidalgo, like Casillas, also set a new school record on the 3-meter springboard, tallying 362.10 points, and leading a 1-2-3-4 Yellow Jacket sweep of the event. Hidalgo had previously claimed the 1-meter title with a score of 300.98.

Great point. The times for this article were pulled from the USA Swimming database. Since Licon’s time was from an “exhibition / unscored” competition, I’m guessing that’s why it wasn’t registered in the database.