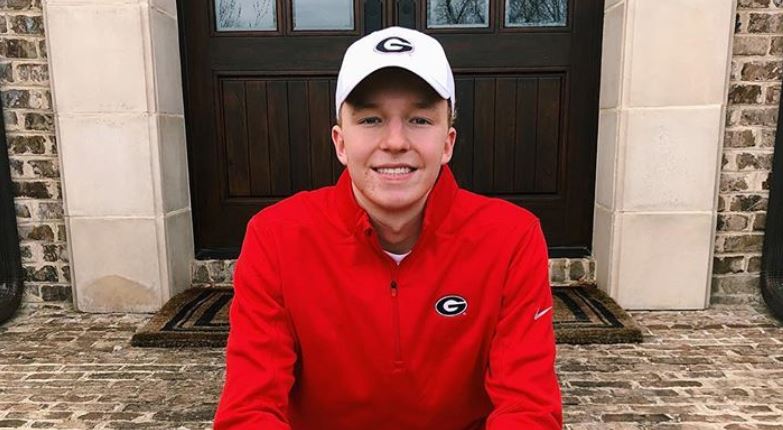 Lexington, Kentucky’s Thomas Strother has committed to join teammate Zach Hils in Athens, Georgia, as part of the Class of 2023.  A senior at Lexington Catholic High School, Strother is an All-American who competes at the club level for the Lexington Dolphins.  At the 2018 Winter Speedo Junior Nationals (East), Strother won the B-final of the 100-yard breast (54.78), nearly a 3-second drop from his lifetime best coming into the meet, for the fourth fastest time overall.  He also made the C-final of the 200 breast with a personal best of 2:01.95 out of prelims.

In an unexpected turn of events, Georgia’s breakstroke group has blossomed just in time for Strother’s arrival.  Despite boasting alums like Chase Kalisz, Nic Fink, Melanie Margalis, Neil Versfeld, and Annie Zhu, UGA is primarily known as a destination for elite butterfliers.  The perennial lack of breakstroke firepower has been a reoccurring weakness for Georgia medley relays for years but a changing of the guards appears to be in process.  Not only have Kalisz, Fink, and Margalis continued to train in Athens as part of the pro group, but national teamer Andrew Wilson has recently joined the ranks.  The pro group appears to be having a trickle down effect on the collegiate group.  The women picked up transfer Sofia Carnevale this season, who podiumed at SEC Champs last month with a personal best of 59.19 in the 100-yard breast.  At the same meet, sophomore Danielle Della Torre earned her first NCAA invite after dropping a big personal record of her own in the 200-yard breast (2:09.77).  Best of all, Georgia is set to enjoy four years of eligibility with Zoie Hartman (58.94 100 BR, 2:07.52 200 BR) beginning this Fall.

On the men’s side, Georgia will be without Canadian ace James Guest when Strother arrives on campus but he’ll have two years to train and compete with Jack Dalmolin.  Dalmolin (52.92 100 BR, 1:54.21 200 BR) has recently returned to his home state after spending his freshman year at Arizona State.

In addition to Hils, Strother joins Ian Grum, Dillon Downing, Harry Homans, and Charlie Logan as part of the men’s Class of 2023.