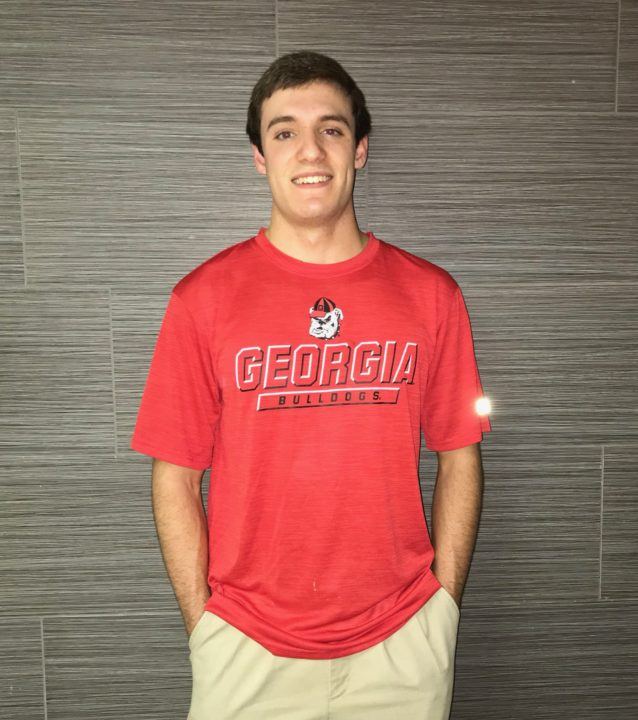 The Georgia men’s swimming team is behind most other top 10 teams in terms of quantity of recruits as the...

The Georgia men’s swimming team is behind most other top 10 teams in terms of quantity of recruits as the class of 2019 enters its senior season of high school, but they’re beginning to pick up steam.

Downing is the best sprint freestyler in Georgia’s class so far – and that’s where he’s really focused.

Georgia, a men’s program that has tons of success with 400 IMers, 200 yard strokers, and distance freestyles, doesn’t have quite the same reputation in the sprints.Downing’s lifetime best in the 50 free as a junior, 20.29, would’ve already been the 4th-best on Georgia’s roster last season, and would have been just .08 seconds from #2 ranking.

This addition, plus a 20.57 incoming from Hils, will add depth to the Georgia sprint crew next season. Besides their addition in the fall of 2019, Georgia’s two best sprinters this season (Javier Acevedo, Camden Murphy) are both underclassmen who will still be on the roster when Downing et al. arrive.

Join us in congratulating Dillon Downing for committing to swim at UGA next year! pic.twitter.com/sDKiiHIN0h