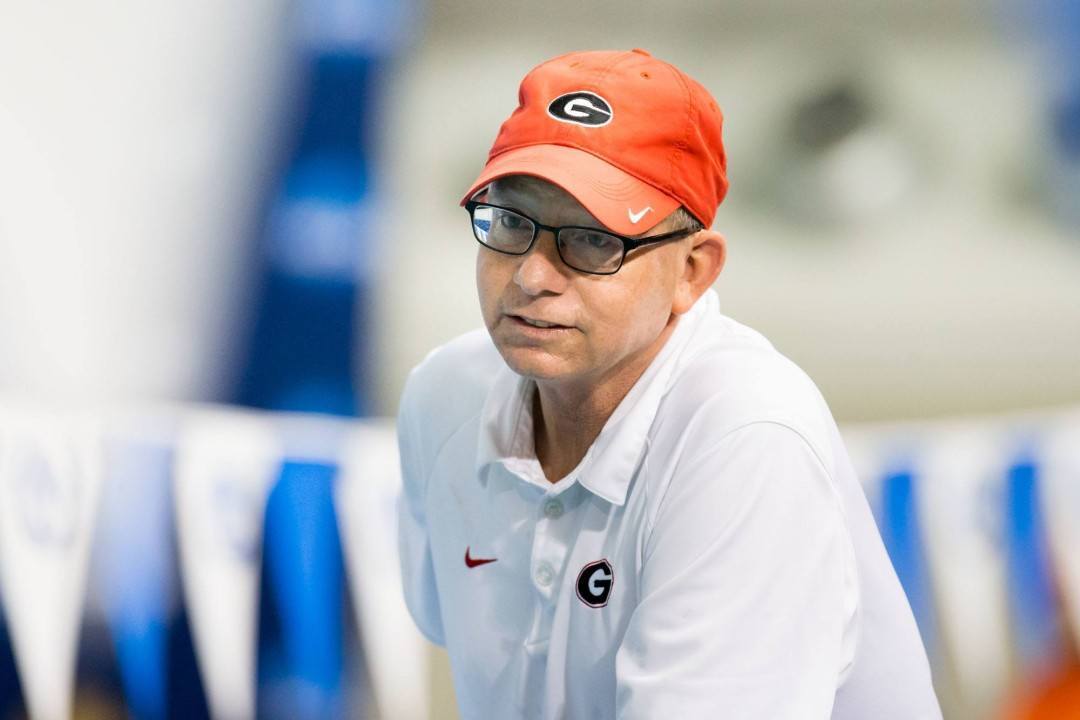 The Georgia men’s 2019 class has had a lethargic start, but thanks to this week’s verbals from Dillon Downing and now Charlie Logan, it has doubled to four.  Downing and Logan are joined by Zach Hils and Ian Grum. Three of the four current commits are Georgia natives.

The Top 20 nationally-ranked men’s recruits, as well as the 5 honorable mentions, are now all committed elsewhere. Perhaps head coach Bauerle has another ace up his sleeve with transfers (adding three men to the sophomore class this year: Jack Dalmolin, Grant Norgan, and Colin Riley) or international swimmers (Canada is the most recent hotspot with 5 current Maple Leafs on the roster: Javier Acevedo, James Guest, Meryn McCann, Olivia Anderson, and Sofia Carnevale).

Logan, who competes as the club level for Athens Bulldog Swim Club, has been right under Coach Harvey Humphries‘ nose since he was in elementary school. Humphries is Georgia’s Senior Associate Head Coach and the head coach at ABSC. UGA relies on in-state talent to fill its roster as evidenced by the 12 Georgia natives on the men’s team alone.

Logan has had a big 12 months, and an even bigger long course summer.  He now has 8 junior national cuts or better in both short course and long course events (with 5 new cuts from this summer). This past July he achieved his first U.S. Open qualification time in the 200m back (2:05.36). That time shaved nearly 1.5 seconds off his junior national time standard from the previous summer (2:06.73).

Georgia’s last two recruiting classes have been stacked with 200 backstrokers, and Logan only enforces that narrative. His future classmates Hils (1:46.71) and Grum (1:45.96), as well as current freshman Andrew Abruzzo, Bradley Dunham, Tan Dunn, and Keegan Walsh,  will be excellent training partners.

Interesting choice of photo for this article….

Harvey is the man! He’s a legend. He’s a cornerstone of the Bulldogs Swimming program as is Jack. Super nice guy and is well traveled as a recruiter……….perhaps this is simply a convenient stock photo in house for publishing and a good substitute for not having a good photo of young Logan……………

Agree 100 and the article talks about how Harvey has been his coach since elementary school, so it only make since to have a pick of him.