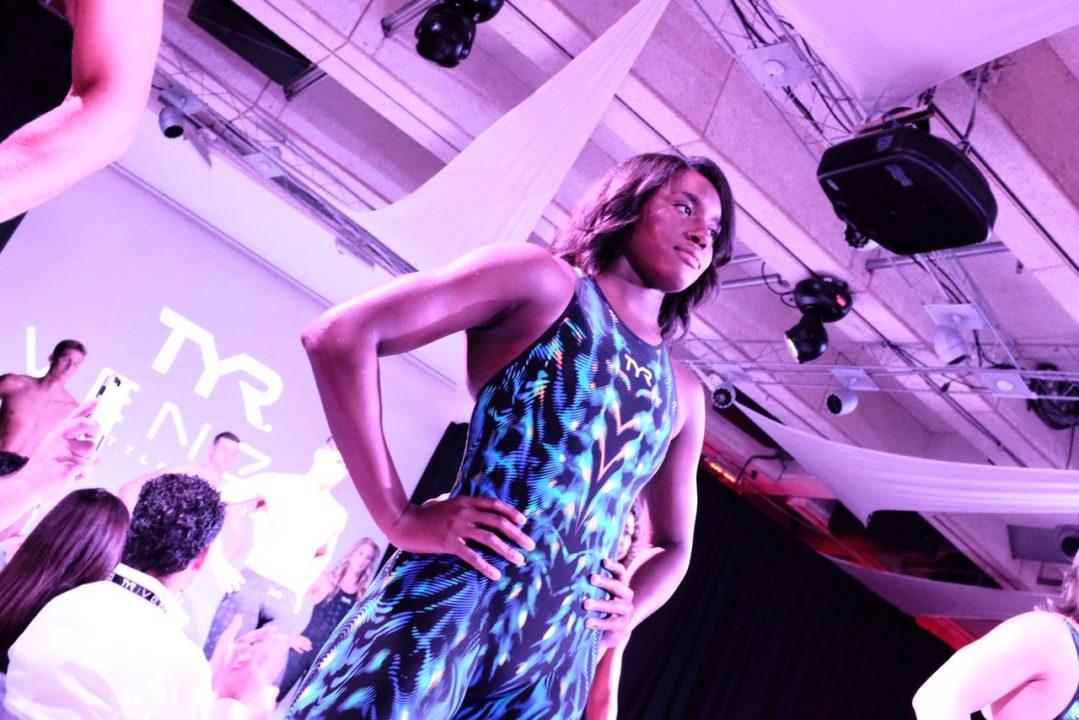 At the Venzo launch event, even though Simone Manuel hadn't necessarily tested the suit as much as other athletes, she felt it was a good fit for sprinters Current photo via Mike Lewis/Ola Vista Photography

TYR Sport is a SwimSwam partner.

Tyr needs to work on their suit designs. They look like they’re straight from the 80’s, especially compared to the sleek and modern designs Arena has.