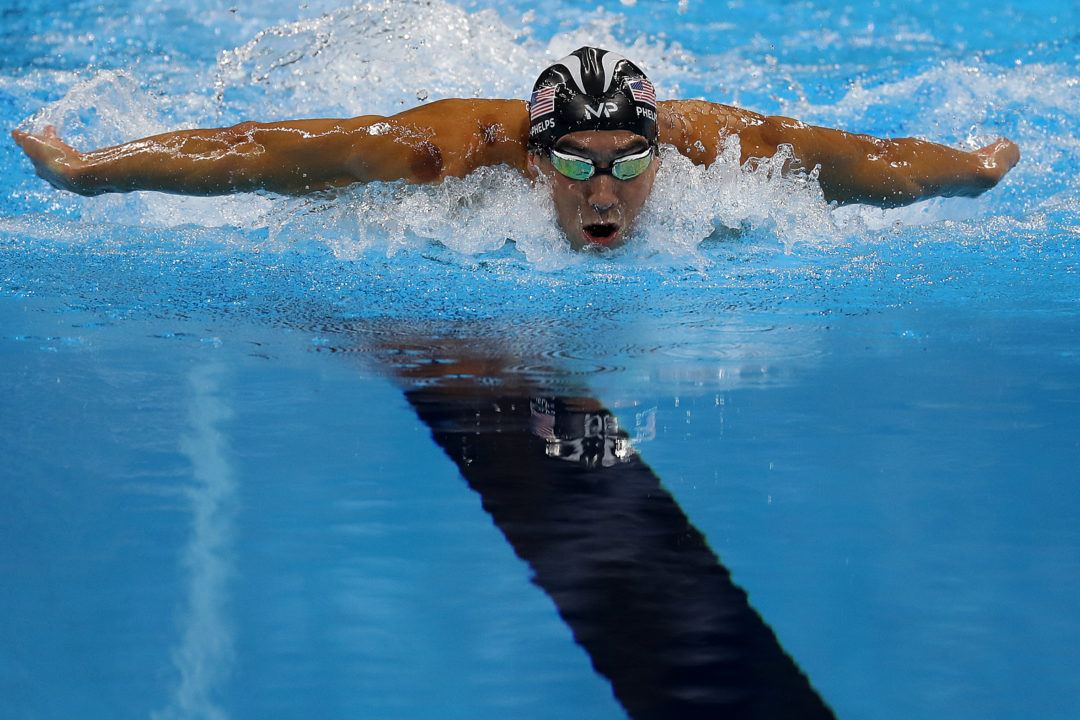 Sydney McLaughlin became the talk of the sports world this past weekend after crushing her own 400-meter hurdle record with a time of 50.68 at the 2022 World Athletics Championships in Eugene, Oregon. The .73-second improvement marked a 1.4% drop, even more remarkable considering the 22-year-old American’s previous record was set just 27 days prior.

You can see from the video how dominant this world record performance was — the commentators were aghast and stunned at the result. It was her fourth time breaking the record in the last two years against a fast field featuring former world record holder Dalilah Muhammad. Her time would have placed her 7th in the final of the hurdle-less 400-meter run, and she later anchored a U.S. victory in the 4×400 relay that helped the Americans secure a record 33rd medal at the meet.

It got us thinking: Have any swimmers shattered world records by such a huge margin?

Katie Ledecky has broken her own records by several seconds before, but distance works against her in the realm of time drop percentages. She shaved nearly two seconds off her previous 400-meter freestyle world record in 2016, but that change only represented a .8% difference. In the 800 free, Ledecky’s 3.61-second improvement in 2015 amounted to just .7%.

Sprint stars such as Sarah Sjostrom have the upper hand here. She posted a 24.43 in 2014 to take .64 seconds, or 2.6%, off the 50-meter butterfly world record from fellow Swede Therese Alshammar. It still stands as the standard today, nearly doubling the percentage of McLaughlin’s time drop. In 2009, Rafael Munoz clocked a 22.43 to lower the previous 50-meter butterfly world record by .53 seconds, or 2.3%. But neither broke their own world records in the process.

Back in 1981, Mary T. Meagher dropped 2.2% off her own 100-meter butterfly world record from the previous year on her way to a 57.93. With more than a year separating those times, though, it doesn’t quite compare to McLaughlin’s feat. Neil Walker posted a 2.6% time drop on the same day at the 2000 Short Course Worlds, shaving .62 seconds off his previous 50-meter backstroke world record from morning heats with a 23.42 in the semifinals.

At the long-course meter (LCM) level, McLaughlin’s performance appears to be matched by only one other all-time great. In 2007, Michael Phelps swam a 1:52.09 in the 200-meter butterfly to take 1.62 seconds, or 1.4%, off his world record time in the span of a month. Phelps went on to break that record the following year, and then again the year after that.

But there’s a reason why the announcers referred to the achievement as “Beamon-esque” — the American long jumping sensation is truly in a league of his own when it comes to record-breaking world records. In 1968, Bob Beamon leaped 29 feet, 2.5 inches to obliterate his previous world record by 21 ⅔ inches, which comes out to a whopping 6.6% improvement. His mark remained the world standard for almost 23 years.

Did we leave anyone out? Let us know in the comments.

Just similar to the super suit swimming WR time drops of 2008 & 2009. As shoe and track technology continues to advance unabated so will the track times.
No surprise to me that the “bounce” effect of the shoes and track enhance the hurdles events more than the flat races (note the latest controversy in the World’s women’s 100 mt. Hurdles, which not as prominent in the men’s equivalent begs the question whether super shoes benefit lighter weight athletes more) .
Really too bad that IAAF would not follow the FINA wisdom and ban the “shoe doping”.
Still, you can’t fail to appreciate the margin of victory in her 400 mt. Hurdle race.

I’m not sure unabated is accurate.

The rounds you’d expect she could cruise, but idk that could get iffy. Would be amazing if he tried it though, could probably still win both at less than 100% in either.

The first time Mike Burton broke the 1500 LCM Freestyle record it was held by Steve Krause at 16:58.6. Burton took it down to 16:41.6 at the ’66 Lincoln Nationals. Others broke the record in the interim (Guillermo Echevarria, John Kinsella, Rick Demont), but the fifth and final time Burton broke it was at the Munich Olympic in ’72 at 15:52.58.

Mike was personally responsible for bringing down the record by a minute and 6 seconds.

Correction: Neil Walker’s 50 SCM record of 23.42 was in backstroke, not breaststroke.

I think McLaughlin can most adequately be compared to an Adam Peaty or Roland Matthes. continuing to drop their own world record taking an event to places no one else of their time can dream of going

She also wasn’t “called up for the relay” because of that run LMAO. The question was who were the other 3 that were going to have to earn their spot to race with her. she has a guaranteed spot on the relay for as long as she likes. She’s the best open 400 runner in the US and probably the world at this point.

To the last point, like seeing Dressel’s 17.6 50 free with the rest of the field.