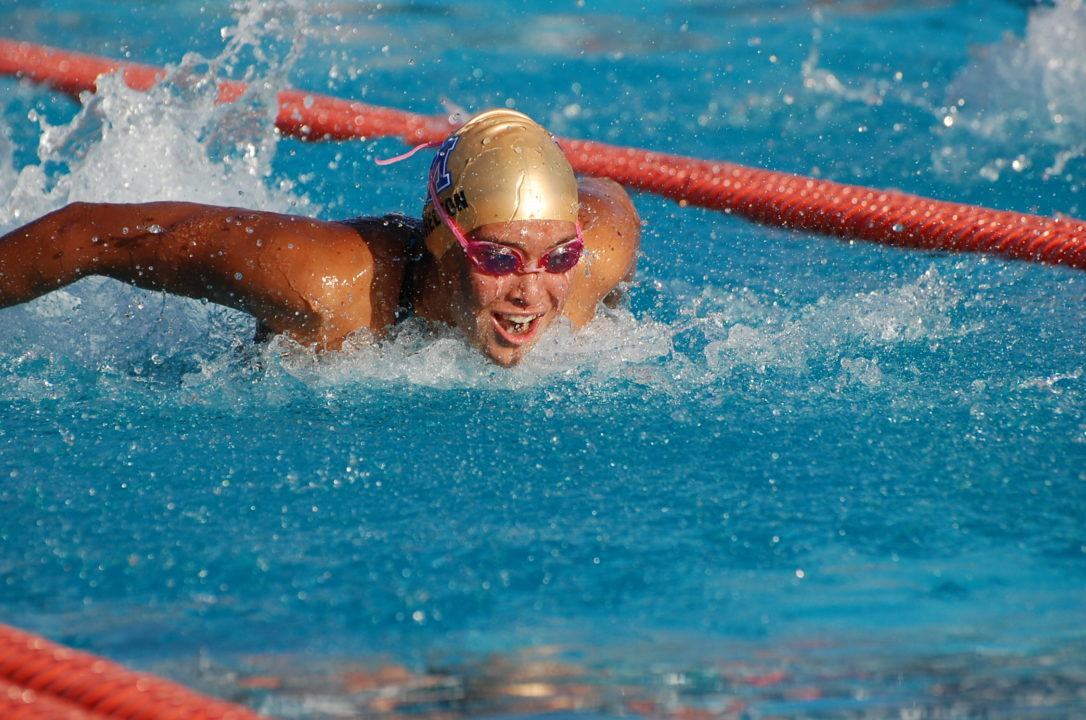 Harvard successfully defended its team title at the 2019 Ivy League Women’s Championships, but all eyes were on the Big Green who stunned the field with two Ivy titles in the 200 breast and 200 back, winning their first event crowns since 2013.

Princeton’s Regan Barney defended her Ivy League title in the 400 IM on Day 3 of competition at 2019 Ivy League Women’s Championships.

Harvard won two events, Yale took the relay and another event, and Princeton won diving to put the three perennial leaders on top after two days of competition at 2019 Ivy League Championships. The most unusual results came from Dartmouth, whose stellar performances, notably from several freshmen, has elevated the Big Green to 5th in the standings.

Harvard’s Miki Dahlke erased Alicia Aemisegger’s name from the DeNunzio Pool record board with her winning swim to kick off Day 2 of 2019 Ivy League Women’s Championships, but Aemisegger still owns the meet record (4:38.96). Dahlke, a junior, dominated the 500 final, coming to the wall in 4:40.26, 4 seconds ahead of runner-up Catherine Buroker of Penn (4:44.30) to earn her 7th-straight individual Ivy title. Harvard went 1-3-5 in the event, while Yale, who had 3 in last year’s A final, scored at 4th and 8th. Dartmouth freshman Mia Leko, who came within 4/10 of the program record in prelims with 4:49.46, finished 6th. Her classmate Sarah Minnigh won the consolation final with 4:49.44.

Harvard freshman Samantha Shelton came from 6th place at the 150 to win the 200 IM in 1:58.45 over teammate Sonia Wang (1:58.90) and a trio of Yale Bulldogs (Destiny Nelson, Lili Margitai, and Olivia Paoletti). Shelton came home in 26.88, more than 1 second faster than anyone else in the field. The top 4 finishers were all faster than last year’s winning 1:59.67. This marks the 5th straight Harvard event win in the 200 IM.

I’m wondering about Princeton Freshmen women this year? Their roster only lists 5 Freshmen (https://goprincetontigers.com/roster.aspx?roster=2480&path=wswim). I’m sure more than that were announced in the Fall? Tigers need to build a strong team if they will be able to truly challenge Harvard and Yale.

No mention of the 21.09 anchor from Hindley?

She is having an awesome senior year.