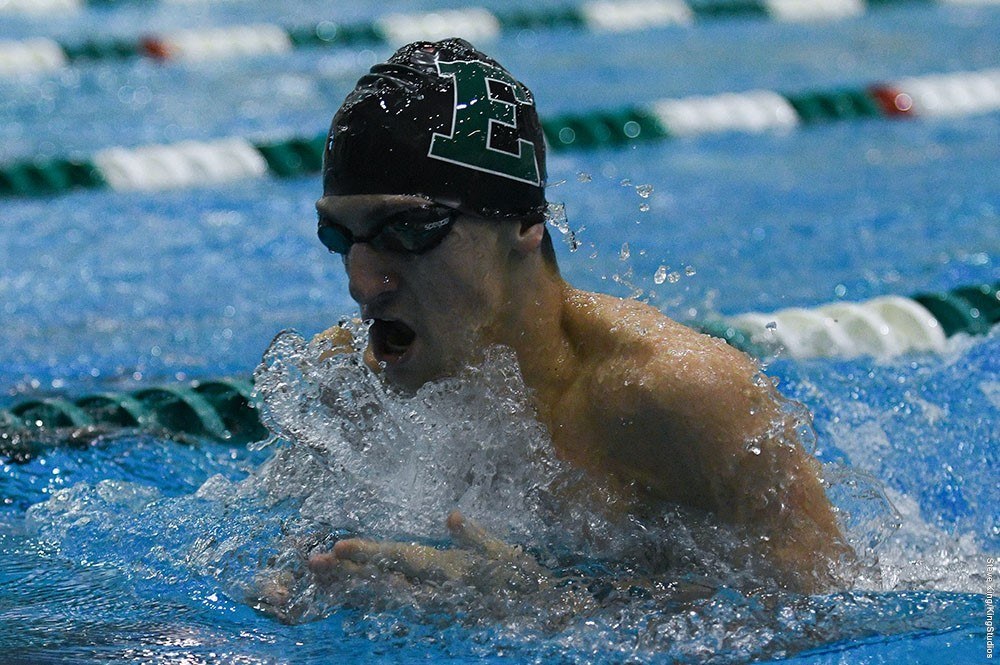 EMU kicked off its season with their annual Green vs White meet. Stock photo via Eastern Michigan Athletics

EMU’s men’s team was picked 1st and women’s team 3rd in the MAC preseason coaches’ poll in September. Head Swimming Coach Peter Linn said of the meet, “This time of year we are just trying to get a feel for where we are and what we have to address in training as we move deeper into the fall. We have only been in the water a month and we wanted to have some fun racing”. The Eagles are heading right into their dual meet schedule, as the men prepare to host Northwestern on Wednesday, October 11th. The women will be back in action along with the men on Saturday, October 14th, when they face off against the hosting Kentucky Wildcats.