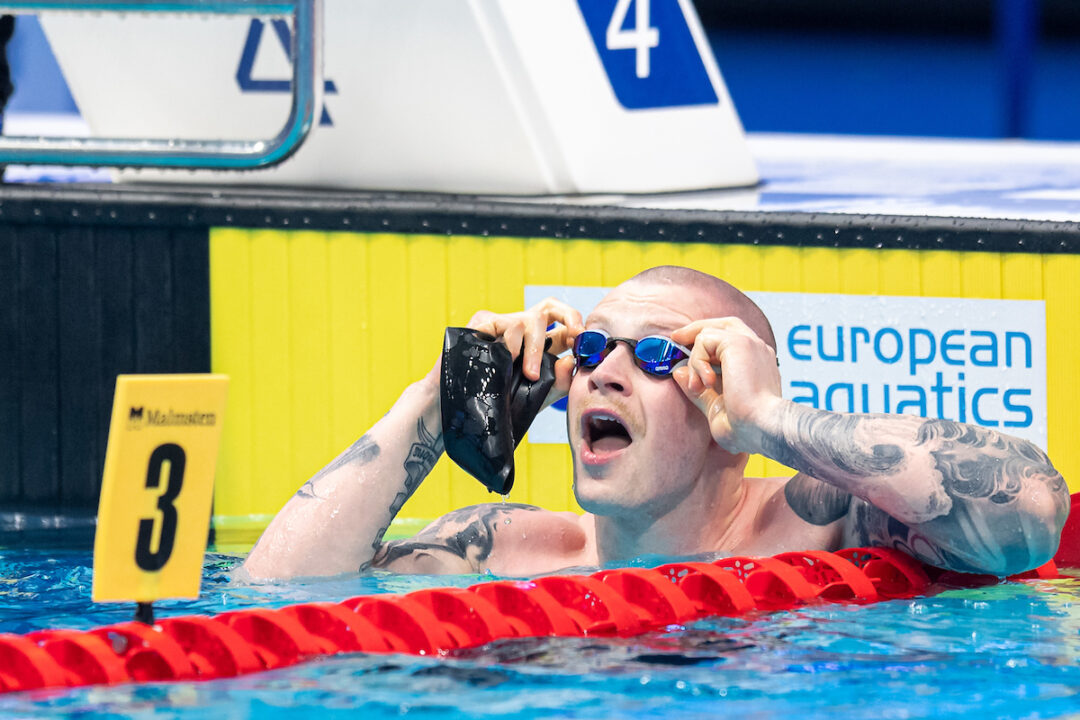 With the 2021 European Aquatics Championships now having concluded, we can reflect on the swimming medal table resulting from action in Budapest, Hungary. Archive photo via Giorgio Scala / Deepbluemedia / Insidefoto

With the 2021 European Aquatics Championships now having concluded, we can reflect on the swimming medal table and overall aquatics medal table resulting from action in Budapest, Hungary.

Specifically in pool swimming, Great Britain wound up on top of the medal table for the first time since the 2014 edition of these Championships in Berlin. The squad collectively came home with 11 swimming titles which contributed to the nation’s overall haul of 26 medals. Of those, 11 were gold, 9 were silver and 6 were bronze.

Additionally, Great Britain set a new record mark of earning 7 relay titles out of 9 possible, giving a glimpsed into what’s possible for this summer’s Olympic Games in Tokyo.

Not able to defend its national swimming medal-leading status from 2018 in Glasgow, Russia settled for second place, collecting 22 medals overall, including 9 gold. Two were courtesy of Kliment Kolesnikov‘s world record-breaking 50m backstroke, with the man also doubling up on the 100m free gold.

GBR’s Adam Peaty was also among the double medalists, reaping the top prize in both the 50m and 100m breaststroke events, while Italy’s Simona Quadarella marked the only triple gold medalist. She remarkably repeated her gold medal result across the 400m, 800m and 1500m freesytle events from Glasgow 3 years ago.

Quadarella’s teammate, 16-year-old Benedetta Pilato, also contributed to Italy’s 3rd place finish here in Budapet, courtesy of her gold medal performance in the 50m breast. The teen fired off a new World Record in the semi-final.

Maybe I’m reading it incorrectly, but the table lists Italy with 27 overall medals, 1 more than GBR.

official ranking goes by gold medals first, then silver and bronze, so GBR is #1. but same table does indeed list italy as ranked #1 for overall medals (last column on the right), which is very very impressive. amazing depth built in the last decade or so

I’ve seen it done both ways, so thanks for clarifying, y’all!

Yes, in fact the ranking which considers the sum of medals sees Italy first (last column). The ranking in the first column prioritizes the number of golds which are 11 for GB, 9 for Russia and 5 for Italy, so according this criterion, Great Britain first, Russia second and Italy third.

However, Italy only have 1 more medal than GBR thanks to the lucky, and surely unfair , silver won by Panziera in that re-run 100m back after coming 4th in the original race. Italy did have an excellent all round performance, but they only won 5 golds in the pool , and 3 of those were won by Quadarella. Going to be a lot riding one her for Italy in Tokyo

100% disagree with you on this one. Panziera’s second time was faster than Toussaint’s first one, so it’s not a lucky medal. The first race was unfair, because the equipment was disfunctionnal and rigged the game for at least one of the swimmers, both the sound and the lights of one starting block didn’t respond at the start of the race. Would it have been fair for Louise Hansson to not be able to race ? She had as much right as anyone else in that pool to be treated fair and square, and she wasn’t in the first version of the race.
I do feel for Kira, it cannot be easy to lose a hard earned medal so… Read more »

2
-1
Reply
He said what?
Reply to  CasualSwimmer

0
-2
Reply
CasualSwimmer
Reply to  He said what?