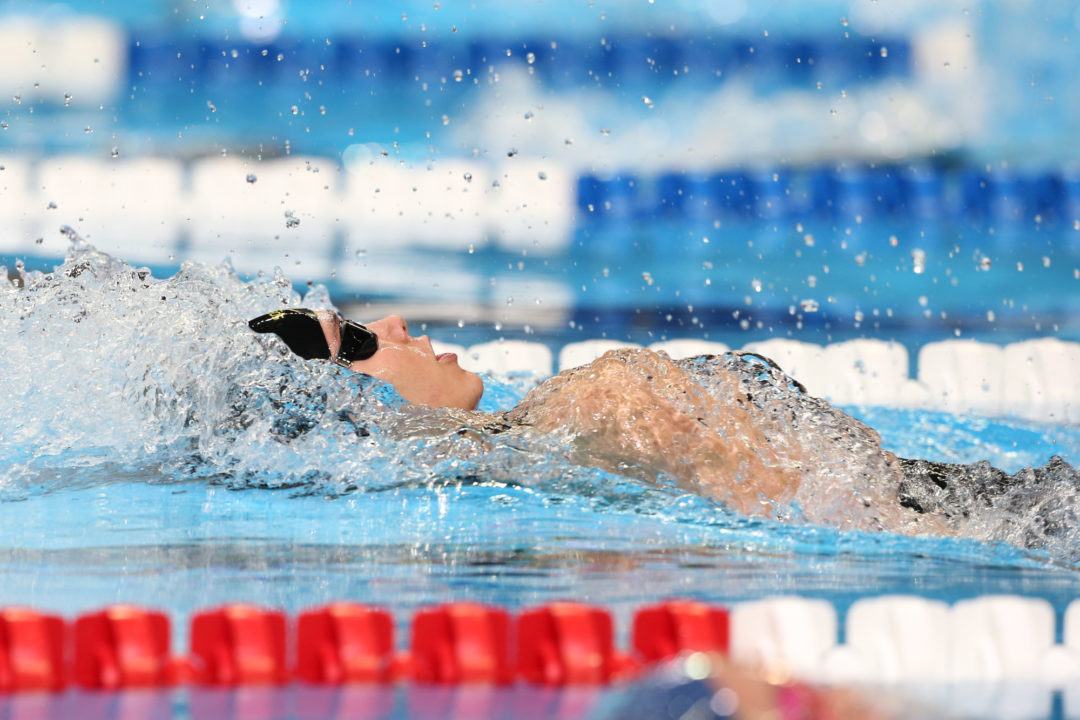 Illinois Swimming held its annual awards banquet on October 1st, announcing recipients of various awards over the past year.

Ariola had a huge summer, racing for Team USA at the World Junior Championships. She won individual medals in the 50 free (silver) and 50 back (bronze), then provided consistent big splits on US relays to help her country earn silver medals in the women’s 4×100 free relay, women’s 4×100 medley relay, mixed 4×100 free relay, and mixed 4×100 medley relay. She’s currently in high school season representing Normal Community HS, and she’ll head south to Austin to start her career as a Longhorn next fall at the University of Texas.

Lehane reached A finals in both backstrokes at U.S. Nationals this summer. Representing the Academy Bullets, Lehane touched 4th in the 200 back and 7th in the 100 back. An alumnus of the University of Tennessee, Lehane already has international experience under his belt as a competitor at the 2015 Pan Am Games, where he won the gold in the 200 back.

VOLUNTEER OF THE YEAR

PERFORMANCE OF THE YEAR

SWIMMER OF THE YEAR

Are these awards only for age-group swimmers? Or for swimmers who currently train year-round in Illinois? Smoliga and Cordes are both Illinois natives, and if they were eligible for these awards I don’t see how they would not have won it.

Swamfan – these awards are from the Illinois Swimming LSC, or Local Swimming Committee. Neither Smoliga nor Cordes are affiliated with clubs in the Illinois LSC. Cordes’ most recent swims are registered in the Southeastern LSC and Smoliga competes in the Georgia LSC.

Well deserved awards! I remember being at Senior Championships this year and looking at the state records on the heat sheet to find that the 50 free was the 25.0 Ariola had just swam at U.S. Nationals! (Since dropped to 24.8) I also remember being at Speedo sectionals in Minnesota as Grace Cooper dropped insane amounts of time in the 50m and 100m freestyle. (26.53-25.38) and (58.87-56.38)

I agree completely. As someone who grew up in IL Swimming and still follows it closely, I think all these awards were very well deserved.