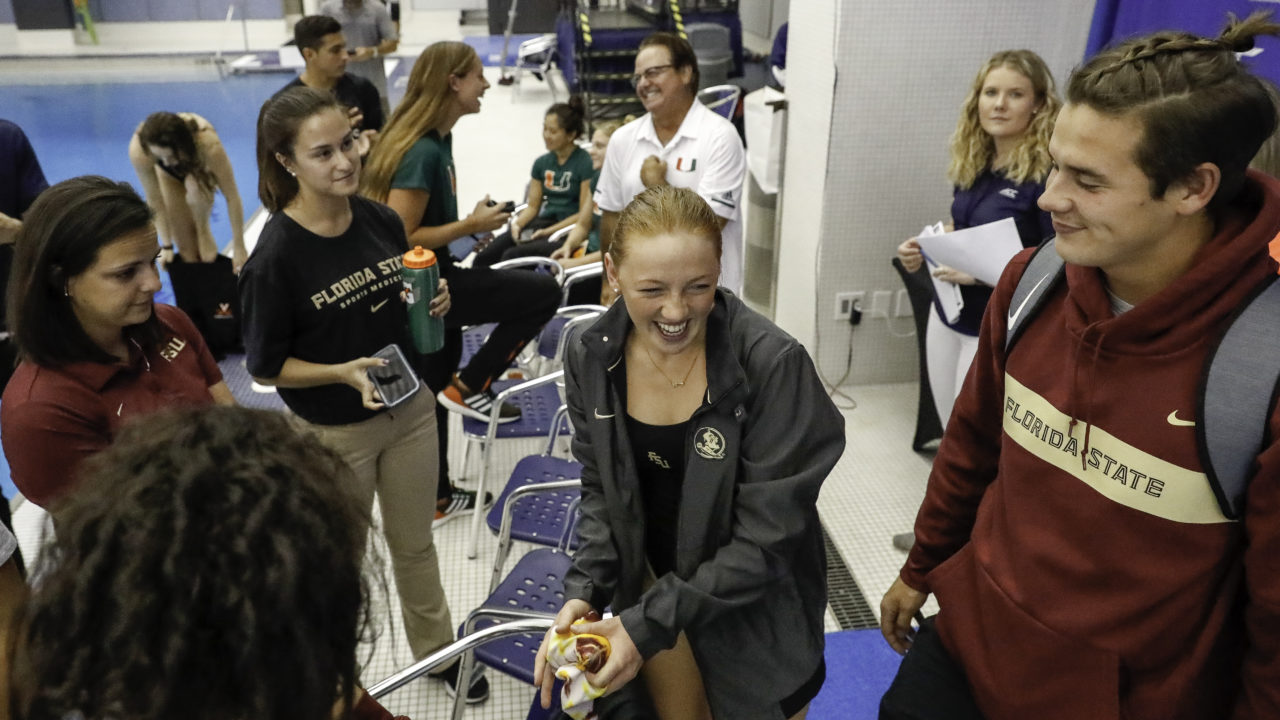 Florida State's Molly Carlson was named ACC Most Valuable Diver for the third time, but after NCAAs, Carlson will leave the boards to begin cliff diving. Current photo via Jeremy Esbrandt/FSU Sports

Florida State senior Molly Carlson was named the ACC Women’s Most Valuable Diver on Saturday for the third time in her career (2020, 2018, 2017), making her one of the most accomplished female divers in ACC history.

Carlson achieved the honor after winning the women’s platform Saturday night, recording her second victory of the competition and third top-2 finish of the 2020 ACC Championships.

Carlson kicked things off on Wednesday with a second-place finish on the 1-meter board, finishing just behind Georgia Tech’s Camryn Hidalgo. Carlson’s first victory came on the 3-meter board on Thursday where she and fellow Seminole senior Ayla Bonniwell won gold and silver, respectively, netting FSU 60 points.

All told, Carlson scored 92 points at ACCs–the maximum one can score individually at the ACC Championships is 96, making 92 the second-highest individual point total one can achieve, diving or swimming.

Carlson is from Toronto, Ontario, Canada and represents Canada internationally.

Georgia Tech got a win, sandwiched between UVA two relay wins, as Camryn Hidalgo won the first diving event of the meet with a score of 313.10. Notre Dame was the only team to put two divers into the top eight, earning 4th and 6th-place finishes from Kelly Straub and Erin Isola.

Florida State swept the top two spots, with Molly Carlson earning the victory after taking 2nd in the 1m last night. UVA’s Sydney Dusel took 3rd for the second night in a row, and the points she and 8th-place teammate Joceyln Porter collected in this event have moved UVA past NC State in the team standings, 460.5 to 443.