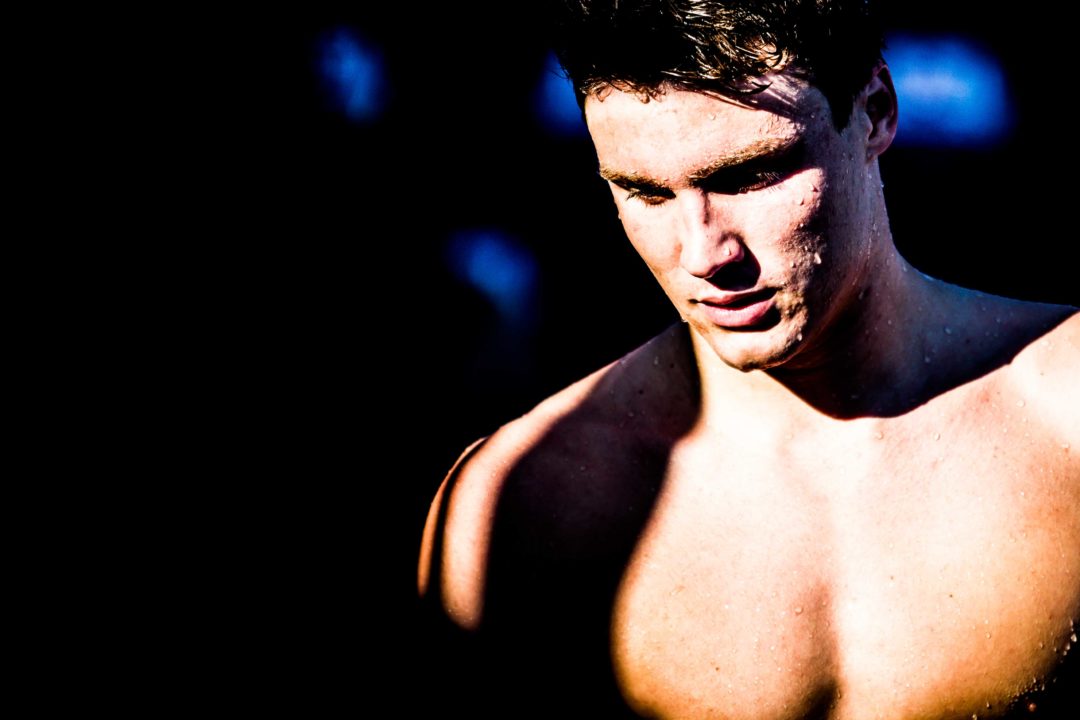 Florida distance star Bobby Finke, a sophomore, became the fastest man ever as he defended his title in the mile with a 14:12.08. Archive photo via Jack Spitser/Spitser Photography

Finke dropped over 10 seconds from his former best. As a freshman, he had set the SEC Record in 14:23.01. At this meet, he also took bronze in the 500 free and 400 IM. He also has a 400 IM title to his name as he won the race in 2019. Finke will now turn his attention to next month’s NCAA Championships, where he’ll race against Michigan’s reigning NCAA Champion Felix Auboeck.

The winner is in the Lane 4th from the bottom!

Imagine if phelps trained with troy. What a monster he’d be

Honestly, I don’t know that he would have been faster. Based on the interviews I’ve read from Phelps and Bowman’s relationship, MP could be pretty high needs mentally/emotionally. I have my doubts that Troy would have dealt with that in the way MP needed.

I watched the video last night and my thoughts were:
1. There wasn’t one race in that entire heat where the guys were racing one another. Everyone was all over the place!
2. It is another instance that when someone or some coach says “you didn’t have anyone to race or you could have gone faster” is an excuse. Many world records are set by swimmers who are just racing the clock and themselves. I never hear Peaty’s coach say he could have gone 54 if he just had some to race!
3. Finke is a stud!

Huge swim. Leaving no doubt he’s a favorite to make the team to Tokyo and could medal there. Wow!!!

That was every bit as nasty as I pictured it in my head when I heard ab his record time.

This swim was bonkers. I hope that he can translate this to LCM, US mens distance swimming has been weak on the international level for too long. His stroke seems primed for success in the big pool. Keeping my fingers crossed.

I was thinking the same thing. This is faster than the SCM world record equivalent, so if he can translate this to long course, he could challenge all the top guys at the Olympics

I heard the other top guns in event – are saving the real taper for OT.

After the 500 and now this Clark Smith just retired.

It’s time for the US race meters to set WORLD Records!