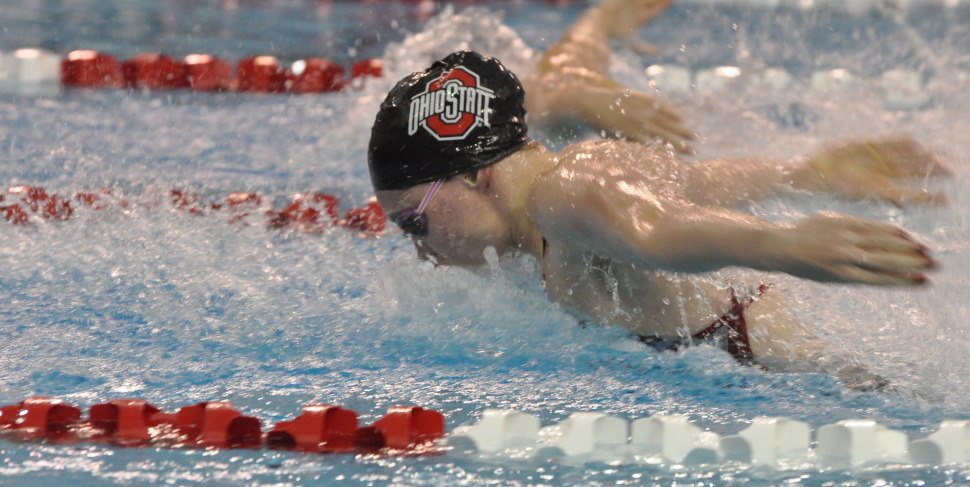 The record-breaking streak at the Cleveland Sectionals continues with 4 more sectional records taken down during the second finals session.

The first meet record was dominated in the women’s 50 back, where the top 3 swimmers all swam under the former mark of 29.87. Winning the event was Casey Chung of Club Wolverine with a 28.97, followed shortly by Ohio State’s Nyah Funderbuke (29.32) and Rebekah Bradley (29.49).

All three swimmers moved up in the national rankings, with Chung #23, Funderbuke #35, and Bradley #44. For 17-year-old Chung and 16-year-old Funderbuke, the duo now rank 11th and 17th respectively for all 18&U swimmers in the nation this year.

The second meet record was set minutes after the women’s 50 back with the men’s event. Hunter Armstrong (named Joseph Armstrong in SWIMS) won the event with a 25.66, just missing his season best and US #11 time of 25.51. The former meet record of 26.35 was also eclipsed by runner-up Colin McDermott of Ohio State, putting up a 26.08 to rank 24th in the US. Another Buckeye, Robert Kondalski, took third with a 26.46 and is now 36th in the nation.

White and Jurkovic-Perisa were joined by Ohio State teammates Taylor Petrak and Freya Rayner in the women’s 400 free relay to set the fourth sectional record of the day. Their winning time of 3:48.16 took down the former record of 3:49.21. The Club Wolverine A and B relays rounded out the top 3 finishers.