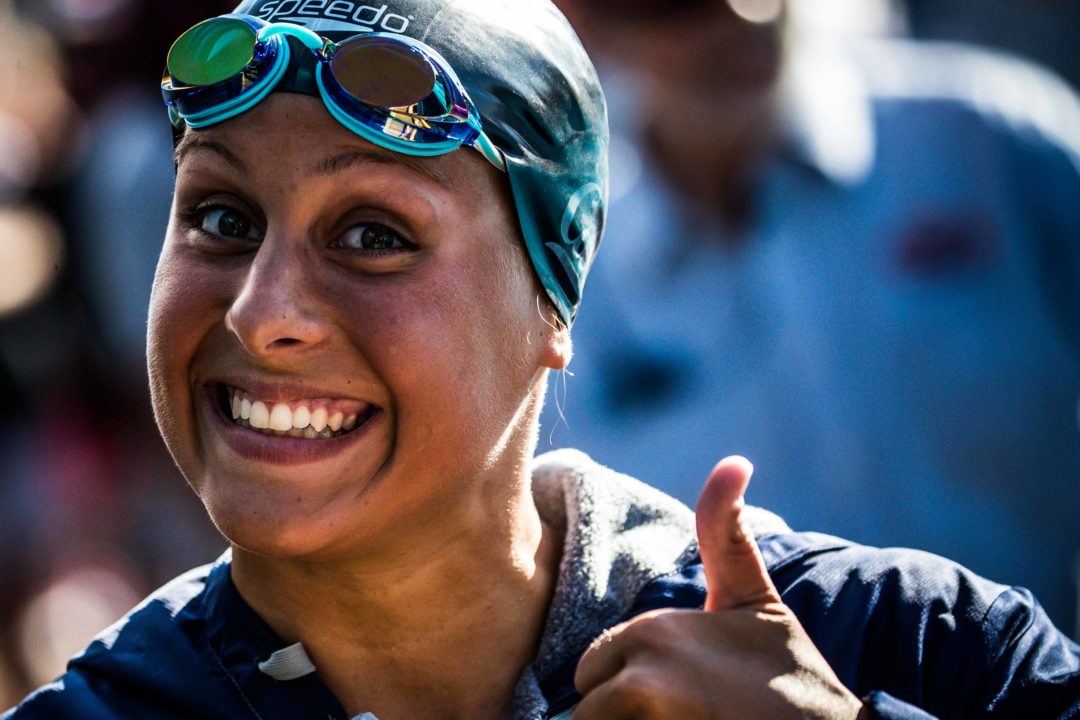 As swimming has slowly returned after the first lockdown, we'll see the first NCAA Division I Championship racing since the men's 400 free relay in 2019.  Current photo via Jack Spitser/Spitser Photography

In March 2020, worry gave way to loss as the NCAA Championships were canceled due to the onset of the United States’ reckoning with COVID-19. Swimming has slowly but surely returned after the first lockdown, though, and tonight we’ll get to see the first NCAA Division I Championship racing since the men’s 400 free relay in March 2019.

On the women’s side, the 2019 NCAA Championships left us in the middle of a Stanford reign, as the Cardinal claimed their third-straight national crown. Ella Eastin completed the four-peat in the 400 IM, establishing herself as one of the greatest and most versatile talents in NCAA history. Wisconsin’s Beata Nelson beat Eastin in the 200 IM, though, then set all of the records in the 100 back and broke the NCAA record in the 200 back. Indiana’s Lilly King completed her four-year NCAA breaststroke sweep, going 55.73 in the 100 breast, while Abbey Weitzeil anchored Cal to new records in the 200 and 400 free relays.

Tonight, the 800 free relay kicks off the 2021 NCAA Women’s Championships. Not only will the relay set the tone for an expected battle between Cal and Virginia in the team race, but it’s a sign that we’re continuing to trend back to normalcy in the swimming world. Meanwhile, it’s clear that this isn’t Stanford’s year to extend the win streak to four– how competitive will they be, though, to try to maintain a top-three finish this meet?

This first relay should be very exciting, as Cal and Virginia happen to be the top two seeds by a long shot. For Cal, Isabel Ivey, if she swims this, will team up with Robin Neumann to make things tough for Paige Madden and Alex Walsh of Virginia. We’ll also get an early peek at where the rest of the NCAA teams are at, or at least the ones who have qualified in the 800 free relay, which will provide initial data to inform how the team race will playout for the top ten and beyond.

The 2021 NCAA Women’s Championships begin tonight at 6pm ET in Greensboro, N.C. Stay tuned to the SwimSwam website and SwimSwam Live Twitter as we’ll keep you posted on all of the action. View tonight’s heat sheets here.

In last few, the team who has won the 800 ends up winning the meet so tonight could be an indicator! So exciting to have these champs regardless!!

It would be great to have that top 8 heat together!

The 800 free relay is a lot of laps. Each swimmer will have to be in top cardio condition if they want to give their team a chance at winning it. Anyone who thinks otherwise can reply and explain their thought process.

Coach you are the man! No one will disagree with you.

I have been waiting 2 years for this article.