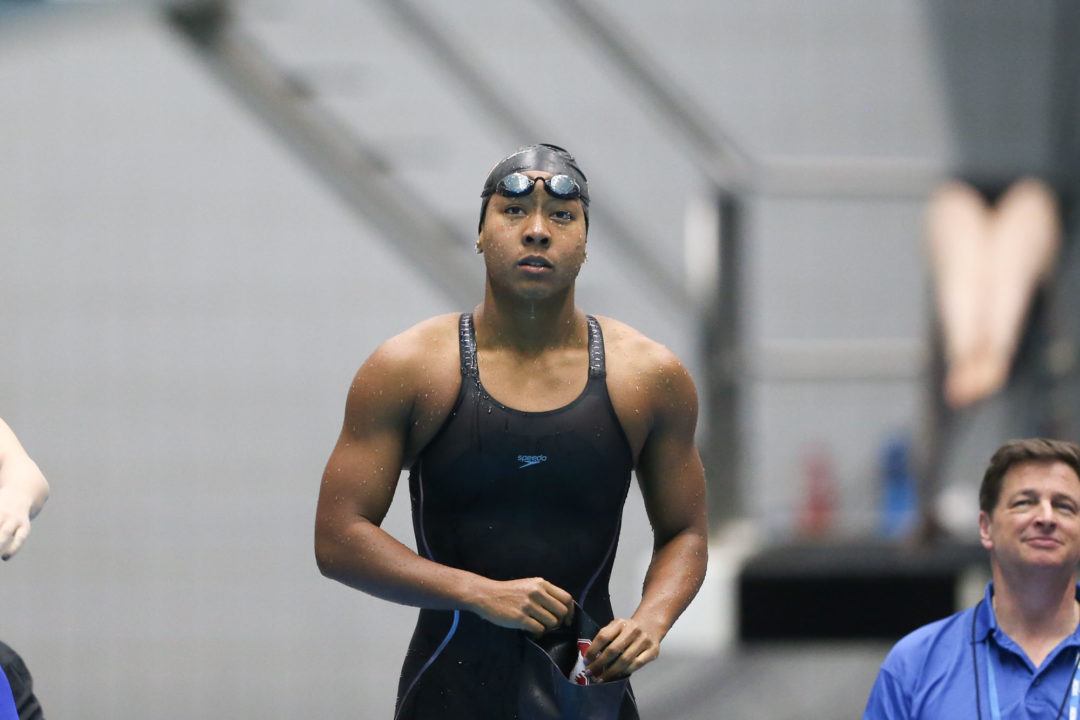 In the final swim of her NCAA career, U.S. Olympian Lia Neal anchored with a blistering 46.37 to seal the deal for her team. Current photo via Tim Binning/TheSwimPictures.com

Simone Manuel rocketed to the 2nd fastest performance of all time, putting up a 46.02 leadoff split as the Stanford Cardinal set a new NCAA and American Record to win the 400 free relay. Manuel teamed up with Katie Ledecky (47.52), Janet Hu (47.63), and Lia Neal.

In the final swim of her NCAA career, U.S. Olympian Lia Neal anchored with a blistering 46.37 to seal the deal for her team. Their historic combined time of 3:07.61 took nearly a full second off the former record of 3:08.51 set by the same team at last month’s Pac-12 Championships.

With that, Stanford won the meet with a final score of 526.5. Their margin of victory was in the triple digits, as Cal finished 2nd with 366 points.

Even when I am not personally invested, I find myself experiencing certain emotions after a meet that are unrivaled by other entertainment events. Congrats to Stanford, the athletes, coaches, staff, and the fans at the venue! Way to go in as the favorites, perform, and win in a dominating fashion.