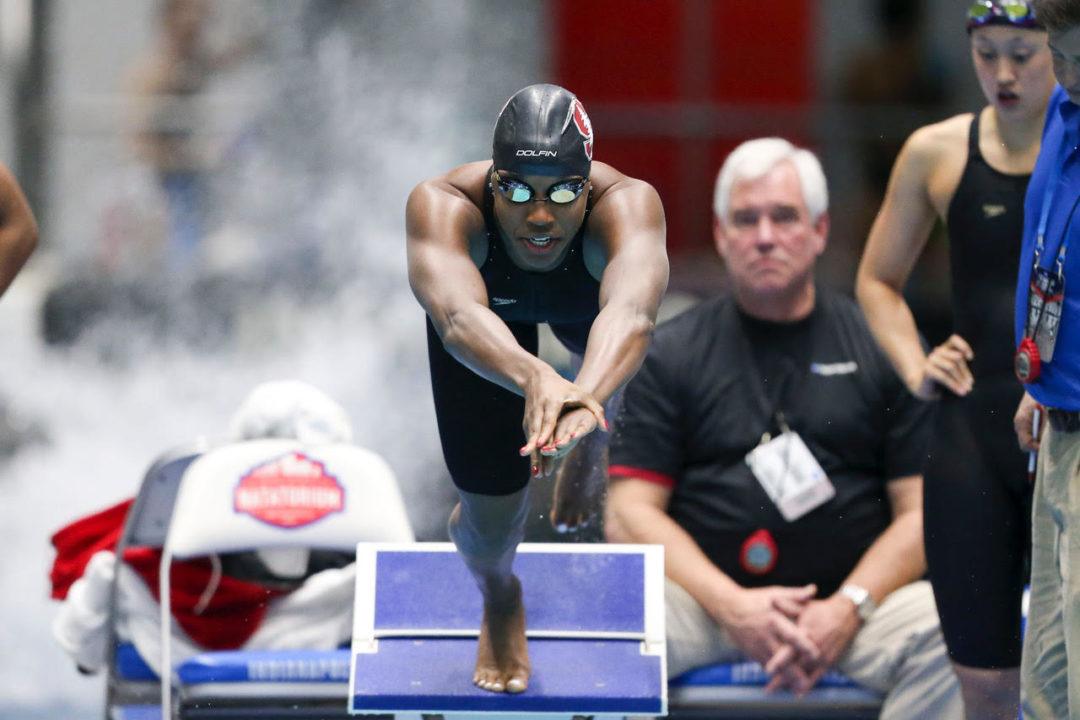 Simone Manuel swam the 2nd-fastest 100 free ever while leading off Stanford's record-breaking 400 free relay to close out the 2017 NCAA championships. Current photo via Tim Binning/TheSwimPictures.com

Stanford sophomore Simone Manuel now has the three fastest 100 free yard swims ever, after leading off Stanford’s  400 free relay with a 46.02 in the final race of the 2017 NCAA swimming championships.  That relay was the fastest-ever, the second time this season that the Cardinal have taken down that mark.

Earlier this evening, swam the fastest 100 free ever with a 45.56 in the individual event.  Prior to today, the American, NCAA, and U.S. Open record stood at 46.09, Manuel’s time from the 2015 NCAA championships.

California freshman Abbey Weitzeil‘s 46.29, the American Record when she swam it back in 2014, now stands as the 4th-fastest time ever.

Manuel’s leadoff time tonight was the fastest in the field by over six-tenths of a second.  Georgia’s Olivia Smoliga had the 2nd-quickest leadoff, a 46.70.  The Bulldog senior also finished 2nd in the individual 100 free.  Her time there of 46.30 is the 5th-fastest swim ever.

Simone was on fire tonight. She had a miss in the 200 yesterday after a good day 1 and 2.