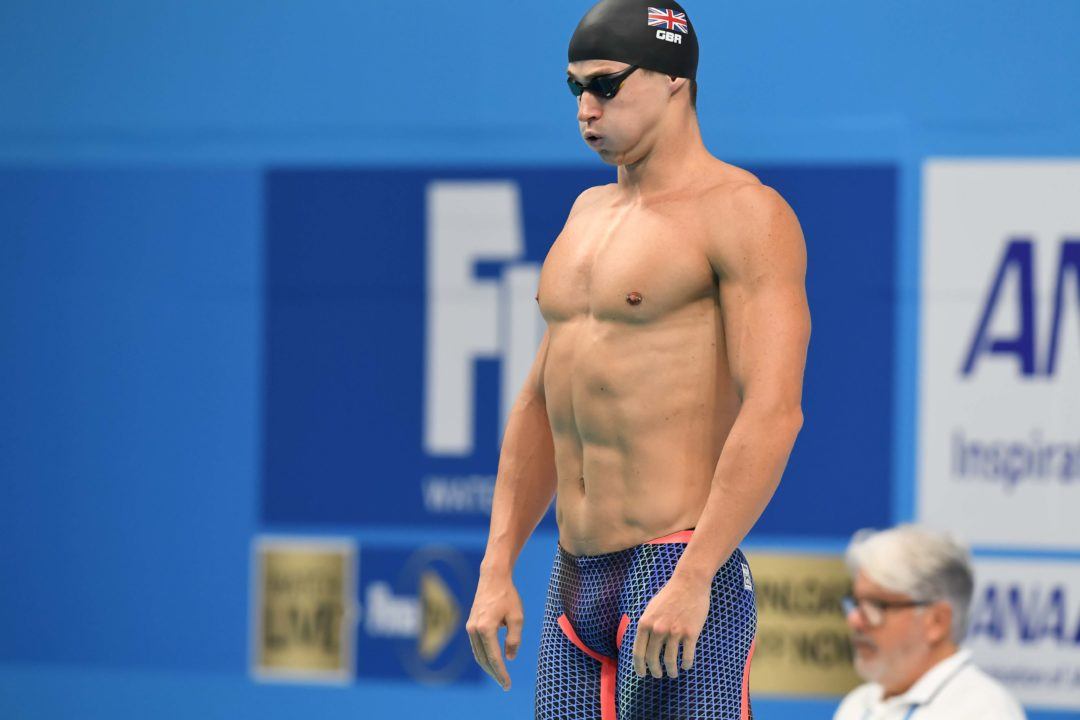 Ben Proud took the men's 50m free top seed here in Marseille. Let's see what he has left in the tank for tonight, 4 weeks out from British Championships. Archive photo via Mike Lewis/Ola Vista Photography

Dutch National Record holder Kira Toussaint put up a solid performance in her first swim back after having been cleared of a doping test debacle, taking the top seed of the morning in the women’s 100m backstroke. Competing here in Marseille at the FFN Golden Tour Camille Muffat, the former Tennessee Volunteer clocked the only sub-minute time of the morning, earning lane 4 in 59.82.

That’s Toussaint’s fastest mark of the season and places the 24-year-old as #5 among the world rankings.

Another notable performance came from Great Britain’s Ben Proud, as the 50m fly world champion clocked 22.34 to take the top seed ahead of Toussaint’s Dutch teammate Jesse Puts in the men’s 50m freestyle. Proud crushed the fastest time in the world his season with the 21.71 he threw down in Luxembourg this past January, so it’s very possible we could see a sub-22 from the Energy Standard swimmer tonight.

Frenchman Clement Mignon lurks as the 3rd seed in 22.47, while Algeria’s Mediterranean Games champion Oussama Sahnoune also made the final in 22.82.

Iron Lady Katinka Hosszu was among the women’s 400m IMers in the heats, earning a morning warm-up time of 4:34.79. That’s a big swim from the Hungarian, whose season-best thus far was the 4:38.92 put up in January.

The 400m freestyle leaders were Aussie Maddie Gough and Spaniard Mireia Belmonte. Gough touched in 4:14.80, while Belmonte took the 2nd seed in 4:16.24. Both outings represent the women’s top times so far this season.

Wonder how many times LeClos looked around when he was the top seed by so much?