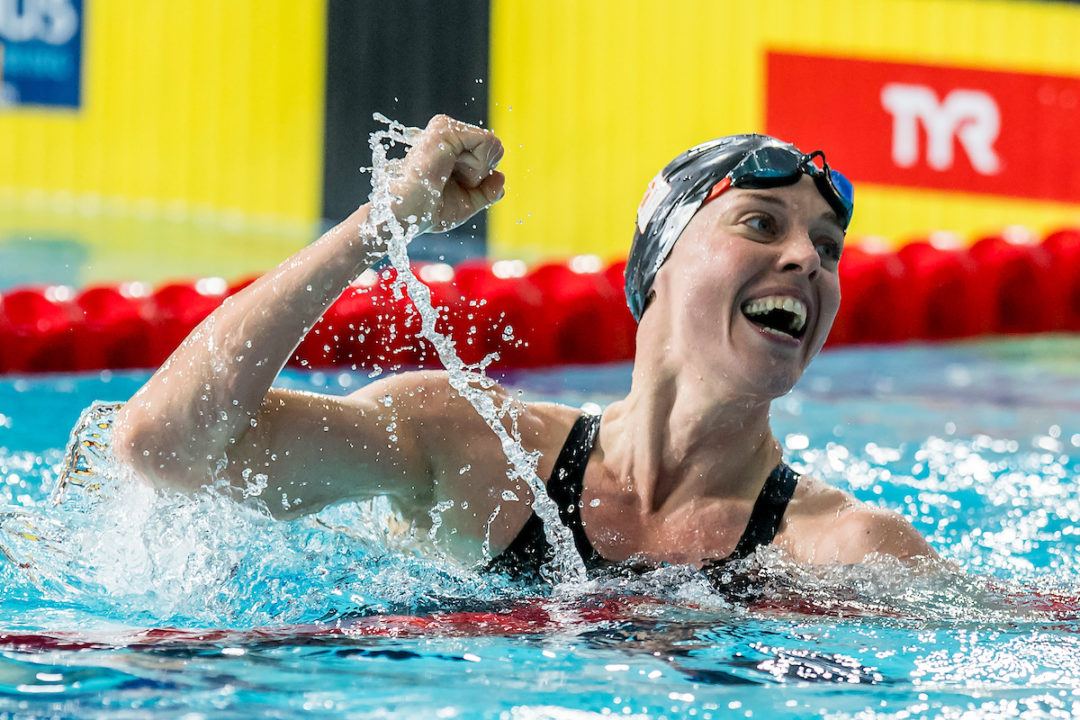 The Energy Standard Club, owned by International Swimming League owner Konstantin Grigorishin, will be the newest announced addition to the ISL's stable of teams, with five big names already signed to the roster. Archive photo via Andrea Masini/ Deepbluemedia/Insidefoto

The Energy Standard Club, owned by International Swimming League owner Konstantin Grigorishin, will be the newest announced addition to the ISL’s stable of teams, with five big names already signed to the roster.

Grigorishin is the leading shareholder of the Energy Standard Group, which sponsors the Energy Standard Club swim team. He’s been the main face (and financial backer) of the International Swimming League, and will now own one of the four European clubs in the league’s inaugural season.

The ISL envisions 4 European clubs and 4 U.S.-based clubs in its first year. So far, we know the four European clubs, but no American teams have yet been announced:

Heemskerk is a Dutch sprint freestyler who won relay gold at the 2008 Olympics and relay silver at the 2012 Olympics. Last summer, she was the European Championships runner-up in the 100 and 200 frees. Shymanovich is a Belarusian breaststroker who took dual silvers at Short Course Worlds in 2018 in the 50 and 100 breast. Rapsys represents Lithuania internationally, and won 400 free gold and 200 free silver at those 2018 Short Course Worlds. He was also a Euros silver medalist in the 200 free long course in 2018. Seebohm is Australian, the 2012 Olympic champ in the 100 back and more recently a triple medalist at 2018 Pan Pacs. Smith is a Canadian breaststroker who took two silvers at Commonwealth Games in 2018.

Most of the swimmers are European, which makes sense given Energy Standard’s European base. Seebohm is an intriguing pickup; most of the other top Australians have flocked to the London club, which is run by an Australian Olympic medalist and current sports agent.

Here are the Energy Standard announcements for each of the five athletes:

It’s time to announce some of the athletes who will be representing our squad in 2019 for the first season of the @iswimleague ! . Starting off with @femheemskerk 🇳🇱 who also swam with us at @energy_for_swim_official – welcome to the team!

All the way from the other side of the world now for our second @iswimleague athlete for 2019 – welcome @emcbomb 🇦🇺 to the squad!

Back to Europe 🌍 for our next swimmer for our @iswimleague squad 2019 – welcome @ilya_shymanovich 🇧🇾to the team!

Another swimmer, another continent! This time please welcome @kierrasmith 🇨🇦 to our team for the inaugural 2019 @iswimleague!

And finally, our last athlete announcement of the day is back over in Europe 🌎. . He also swam for our squad at the @energy_for_swim_official in 2017 and will be representing us again at @iswimleague in 2019 – welcome @danas.rapsys 🇱🇹 to the squad!

What country Energy Standard club is associated with? During European meets in January I saw it marked sometimes as Ukrainian and sometimes as Russian. Where Konstantin Grigorishin pays his taxes?
Also how accurate is the statement that opens the article:“The Energy Standard Club, owned by International Swimming League owner Konstantin Grigorishin…“? So if Konstantin Grigorishin is the owner of ISL then ISL club owners are his employees or subcontractors or … who are they? Other layer of administration? So we have something that is getting look like FINA only more centralised. And instead of bureau on the top we have one person only.
FINA has been criticized for not being transparent with its financial operations. Then what about… Read more »

As oligarchs go he is small fry. He doesn’t look to have stolen everything moving in the darkest hours of the 90s. He only gained Ukrainian citizenship in 16 but owes taxes in Russia.

Much depends on the Ukrainian elections & the Separatists just 150 mms from his. Zaphorizhe base .

The club owners (clubs) have a contract with him (ISL/Energy Standard Club, whatever). Did you see any transparent private agreement?

The basic but crucial difference here that this is his/their own money. FINA only thinks and pretends it but they have absolutely no own money.

Seebohm wants to keep as far away from Mitch Larkin as possible.

after what he did to her.. poor thing

Spill the tea, what’d he do?

Seebohm is also good mates with a lot of the Euro swimmers so not a surprise to see her not choosing the London team. Ps Swim Swam she is a three time world champion but Olympic silver medalist in the 100 back.

She still has her horse. Like like she’s selling her $650,000 property to buy out his share of their house . A girl needs a house & a horse .
Good to see her broadening her horizons & not doing the same lame London thing .

I think Energy Standard’s own swimmers (eg. Sjostrom, Le Clos, Proud) will compete for the club too.

I was thinking the same thing and the young Russian male backstroker?

When is this starting? Sjostrom has already declared her participation for the Nordic swim tour and FINA’s new tour. I doubt she will compete much this fall after competing a lot in the spring and summer, considering the upcoming Olympic season.

The article on ISL’s official website says the regular season starts in August, but It’s an old post and it seems many things have been changed since it was posted. I think Sjostrom will participate, as she appears to be very enthusiastic about the league on her social media.

How many clubs are there in total? The official website of ISL says there are 6 for Europe and 6 for US, but I also saw some other sources including this article claim there are only 4 for each. Hope we can hear more from other clubs soon, especially on the US side.🙂

So they originally decided to have 6 clubs for each continent and then cut it to 4? I thought Pellegrini (an ambassador of ISL) would lead the Milan team. ☹