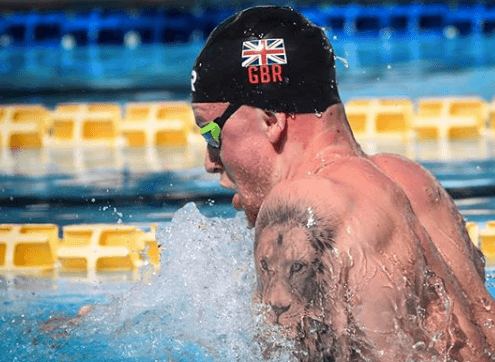 The ISL teams aren’t traditional teams that would train together in one location, so this doesn’t mean the Australians will be moving to Great Britain. But the rosters will come together for various events next fall. The London team will host its ISL meet on November 23-24 and has confirmed the attendance of several other big-name swimmers, though they aren’t necessarily a part of the London club.

The ISL’s inaugural season is aiming for 8 clubs across the world: 4 in Europe and 4 in the United States. As of now, we know of the following teams:

In addition, Peaty announced that he is an official ISL ambassador. Peaty has been outspoken in his support of the upstart swimming league, and has been perhaps the highest-profile swimmer to be very publicly critical of FINA, the world’s governing body for swimming. FINA and the ISL have been in conflict for much of the last year over FINA rules that at one point appeared to restrict athletes from competing in outside events organized by groups like the ISL and not FINA.

“I’m really pleased to officially take up the role of ISL Ambassador today,” Peaty said in the team’s press release. “I’m passionate about swimming and excited about the new opportunities Konstantin is bringing to the sport and athletes around the world. The format is exciting for both those of us competing in the series and the swimming fans who will get to watch us – an opportunity to watch the best in the world racing with and against each other in some fantastic venues. All we now need is a name for our London team!”

Apparently young gun Elijah winnington is also competing for the London isl team .. just announced by him on Instagram

Alex graham too.. looks like this event is well supported by Aussie swimmers compared to the upcoming FINA one

The names on the grapevine plus those announced for the London Team sound almost entirely like a GBR/AUS team-up.

At least for this initial series; however looking at most of the AUS names and its hard not to surmise that they are thinking (quite understandably) “lets see if we can pick ourselves up some very welcome pre-retirement $$$$” as the majority are likely to be retiring post Rio given their ages (and wear on their bodies). There may be some who may try to continue and if this series can survive beyond its initial edition then it may be a lure for some’ however if their “window of competitiveness” has closed then they’re not going to remain contracted for long ….. the hard but often overlooked reality of professional sport

James Guy will also be on the team I believe. Few other big names floating about, but they’re unconfirmed in media so I wont speculate.

Are swimmers being paid by their ‘teams’ as well as by the ISL? Or who is funding each of these teams?

That’s correct – swimmers will get appearance fees from the ISL and a salary from their teams.

Would be interesting to see the details of contract and what a swimmer is required to do for the money he/she receives (salary). Does it include the required level of performance and obligations to participate in particular (by numbers or places) meets?
As of now the decision when and where to compete was basically up to swimmer. Cate Campbell could skip the world championships season on a whim. How have things changed now?

Hardly ‘on a whim’ for heaven’s sake . Her body and/or mind needed a break. Geeesh.

Sorry for the choosing wrong word. Blame it on my poor English vocabulary. Cate Campbell is one of the most talented and respected swimmer I have ever seen. But I hope you got my point: having a contract with ISL club will she be allowed to skip the season motivating it by necessity to have a break. The body and or mind conditions that are not classified by medical doctor as trauma or sicknesses.

Yozhik – I think that is on a case-by-case basis, negotiated with the teams. From my understanding, there’s a base contract, but swimmers and teams can negotiate specifically on how many meets they are required to attend and what happens if they don’t.

I’ve never been a fan of “skip a meet on a whim.” It limits the ceiling that the sport can earn. This way, they’re still in control (if they don’t want to commit to the full season, they don’t have to agree to that), but there’s some accountability.

It is clear what ISL’s owners will get. It is more or less clear what swimmers who participate in ISL’s meets will have. It is absolutely not obvious what swimming fans will get. There was never direct relationship between improving of productivity with salary increase. Sometimes it goes even opposite way because of losing a motivation.

The ISL has been saying that a full list of teams would drop March 1. Teams not athletes. That still hasn’t happened.