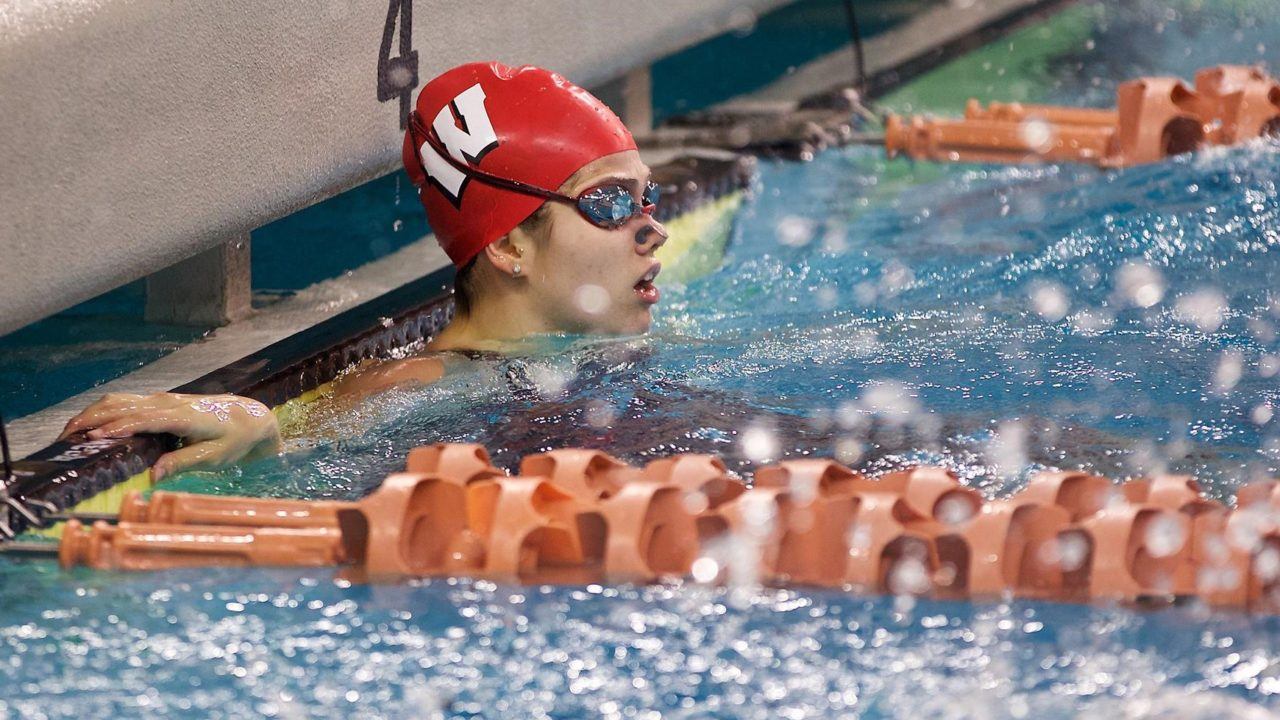 With only 3 A-finalists from 2018 returning to the 2019 edition of the 100 back, it leaves more room for upperclassmen from years before to make their own statements. One of those returning swimmers is NCAA record holder Beata Nelson of Wisconsin.

Nelson is the only swimmer in the field who has been in the 49-second range, and has been in the range for 2 seasons now. Nelson was also the former American/U.S. Open record holder before losing her record by 0.01 over the past weekend to 17-year-old Regan Smith. Still going a 49-high at Big Tens, Nelson looks to be on track to take back her American record.

With Nelson seeded with a time that’s almost a second faster than her nearest competitor, the race for second is up for grabs from 4 swimmers. Cal’s Amy Bilquist, the 2nd seed, broke her 2016 personal best at Pac-12s. In 2018, Bilquist’s season best was 51.28, which was only good enough for consols at the time. This year, the senior’s momentum could propel her to close out her collegiate career in fashion. 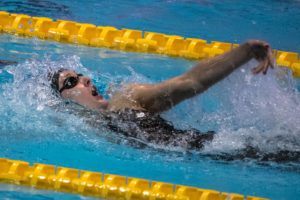 Amongst the upperclassmen are 2 freshman threats that could steal the spotlight, Michigan’s Maggie MacNeil and Stanford’s Taylor Ruck. While Ruck has had more SCY swims under her belt than MacNeil’s 5 SCY swims in this event, MacNeil looks to have nailed the transition to the yards pool. According to USA Swimming Power Points, this event is the highest for the 2 freshmen. However, Ruck’s 200 back and MacNeil’s 100 fly appear stronger for the newcomer duo.

Lurking among the newcomers and underdogs is NC State’s Elise Haan, seeded in 10th. At ACCs, Haan revealed in an interview she was not fully rested for the meet and was not concerned about time at the meet. Keeping that in mind, Haan could easily be holding back for this NCAA meet and move up from her 4th place finish in 2018. Behind Nelson, Haan has the second-fastest personal best (50.42). 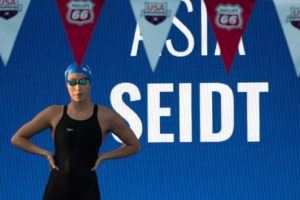 Having an immense improvement in this event to switch up past line-ups is Auburn senior Alyssa Tetzloff. In 2018, Tetzloff chose to swim the 50 free, 100 fly, and 100 free. The reason she didn’t swim the 100 back was because in 2018, her best was only 53.26, which would have placed 36th. With a 2.34 second improvement, Tetzloff looks to contend well with her new event lineup.

Rounding out the top 8 contenders are the rest of the top 3 from the SECs behind Tetzloff, Florida’s Sherridon Dressel and Kentucky’s Asia Seidt. Dressel was the runner-up in the event, but swam a quicker time than Tetzloff in prelims. Seidt comes in with her lifetime best of 50.86 dating from the 2017-18 season. However, Seidt won the consols in 2018 while Dressel finished in 14th.

Texas’ Claire Adams is the third returning member of the 2018 top 8 swimmers. Adams swam slower at Big 12s (51.13), than her mid-season best of 50.95, which tied her former best time set at NCAAs in 2017. While not dropping at Big 12s, Adams may not have fully rested for the meet and could be saving-up to earn her way back into the top 8. She has swum a lifetime best already this season of 50.95 at the mid-year Texas Hall of Fame Invitational.

I think Bilquist will surprise us all here

Agreed. She seems to be gearing up to go out on top her senior year.

Ruck will go under 50

Agree I truly believe we will see 3 or 4 ladies under 50. Given all the success the high school swimmers have enjoyed recently. The psychology of strong swimmers will prevail…I HOPE!