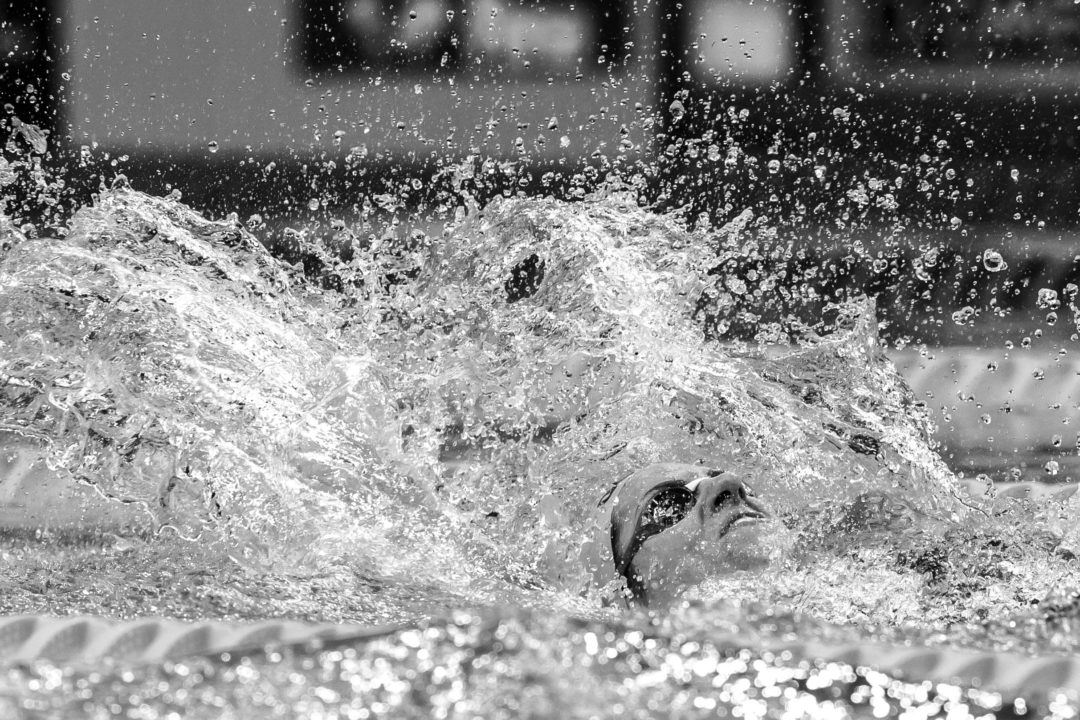 Emily Seebohm tied her own Commonwealth record in the women's 200 back semis. Current photo via Mike Lewis/Ola Vista Photography

Defending champion Emily Seebohm may have relinquished her 100 back world title to Kylie Masse earlier in the meet, but she showed tonight she’s not letting her 200 crown go without a fight.

Seebohm tied her 2015 winning time of 2:05.81 in the semi-finals, which stands as the Commonwealth, Australian and World Championship records.

True to her 2015 form, Seebohm had fantastic closing speed, back in 31.96. This meet has been a great rebound from Seebohm overall after disappointments in Rio. Last summer she failed to make the final in this event, placing 12th.

She ties herself for the 8th fastest performance in history, giving her two entries in the top ten.

Masse heads into the final 2nd in 2:05.97, breaking the Canadian record by a wide margin. Kathleen Baker (2:06.66) heads in 3rd, and Olympic silver and bronze medalists Katinka Hosszu and Hilary Caldwell squeaked into the final in 7th and 8th.