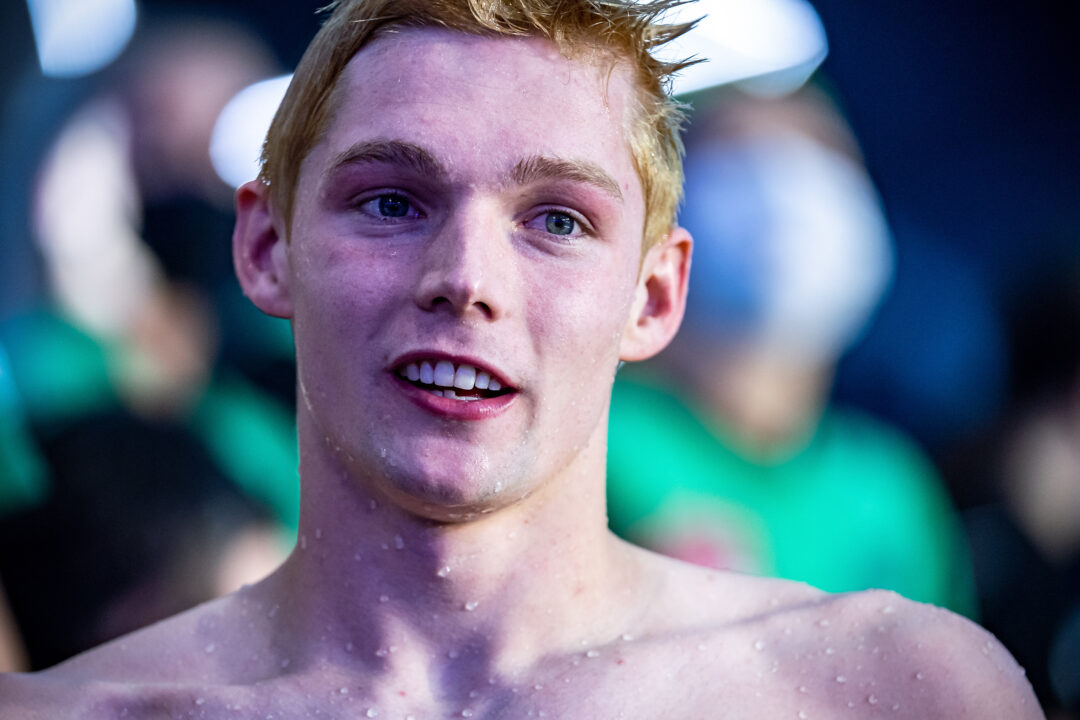 For your information, there is a very short list of things that Great Britain dynamo Duncan Scott of London Roar cannot do in the pool. Archive photo via Giorgio Scala / Deepbluemedia / Insidefoto

London Roar’s Duncan Scott broke the 2nd British Record of the day on Friday as his team opened up the 2021 International Swimming League grand finale.

He swam 1:51.53 to get to the wall first in the men’s 200m IM, a result which clipped his own British Record of 1:51.66 that was set during the 2020 ISL season. His outing tonight was enough to capture 15 points and easily overtake runner-up Tomoe Hvas of LA Current. Hvas placed runner-up in 1:53.46, nearly 2 solid seconds back.

Just before Scott took to the pool, Energy Standard’s Ben Proud ripped a massive 20.40 to reap the most points in the men’s 50m free, establishing a new Britsh record in that event as well.

Scott is Great Britain’s most successful Olympic swimmer in history, owning 6 Olympic medals in all. In Tokyo. the University of Stirling ace won gold as a member of GBR’s men’s 4x200m free relay while also taking silver in the men’s 200m free, 200m IM and medley relay.

Pretty sure he didn’t “overtake” Hvas, he was ahead of him the whole race…