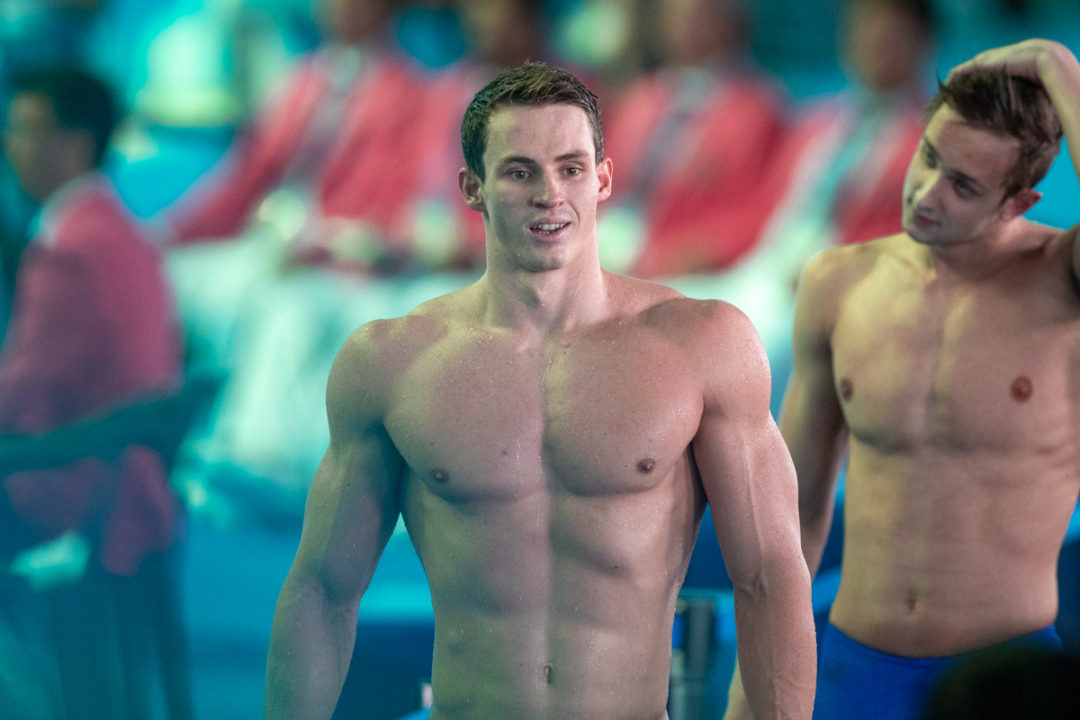 Representing Energy Standard in the men’s 50m freestyle final, 27-year-old Proud posted the fastest time of his career, clocking a mark of 20.40 to easily defeat the field by over half a second. Not only did that beat the field handily, but Proud’s new PB checked in as a new British national record.

Entering this final, Proud’s career-quickest and British national record stood at the 20.66 he produced at the 2017 European Short Course Championships. Tonight, however, the man originally from Malaysia managed to hack off .26 from that result to further set himself apart as a British sprinting legend.

With his result tonight, Proud beat out Aussie speedster and multi-Olympic medalist Kyle Chalmers of Australia who touched in 20.96 as the runner-up for London Roar in the only other sub-21 second time of the field. Rounding out the top 3 was American Justin Ress of Cali Condors who clocked 21.00.

Proud’s 50m free victory here when it counted most in the final is a redemption of sorts from the racer who averaged just 3.66 points per match last season. This swim alone tonight garnered 12.0 points for the Brit to raise his average enormously to 19.66/match.

Ironically, the #2 Brit in history is also here in Eindhoven, albeit on the sidelines. Mark Foster, ISL poolside announcer, owns a lifetime best of 21.13 from the 2001 FINA World Cup stop in Paris.

As another demonstration of Proud’s dominance, his 21.11 PB and British national record in long course still beats Foster’s 231.13 in short course.

Ben is Clear of Murphy

Should I just be lifting 6 days a week to drop time in my 50? This guy is a specimen

I saw Ben in an airport one time, and he looks even bigger next to ‘regular people.’

Proud legit looks like he could be in the men’s physique division of an amateur bodybuilding competition. I’d be very curious to see what he does in the weight room.

Very interesting interview with him on Brett Hawke’s podcast the other day. Among other things, he dropped 4 seconds in the 50 free from his late teenage years when he was swimming twice a week in board shorts and no goggles. Wasn’t until he moved to Plymouth that he figured out he was supposed to wear a Speedo and goggles. He was talking 20.5-.6 as the winning time for this final. Great swim.

It’s one of the best podcast interviews. Ben Proud mastered it.