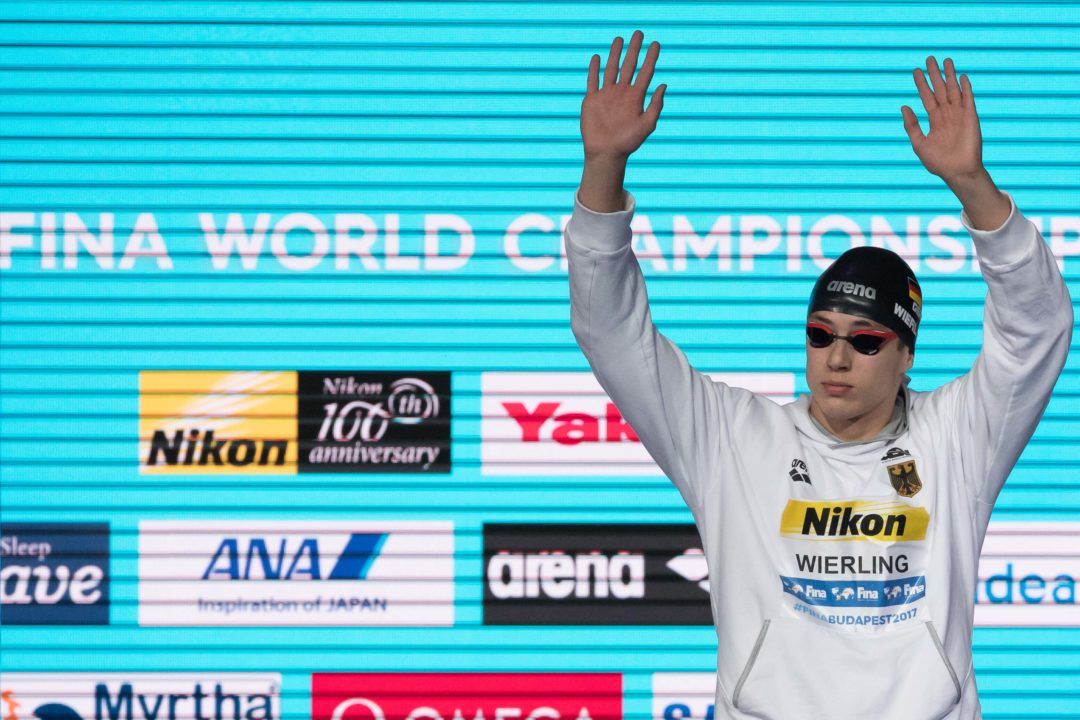 22-year-old sprinter Damian Wierling won his third gold medal of the 2018 International German Swimming Championships on the fourth and final day of competition in Berlin.

Two of the world’s top milers Florian Wellbrock and Sarah Kohler both won their signature events in decisive fashion.

Kohler, swimming her only event of the meet, clocked 16:06.82 to win the women’s event by a landslide, finishing just seven seconds off her 5th ranked 15:59.83 from the Stockholm Open.