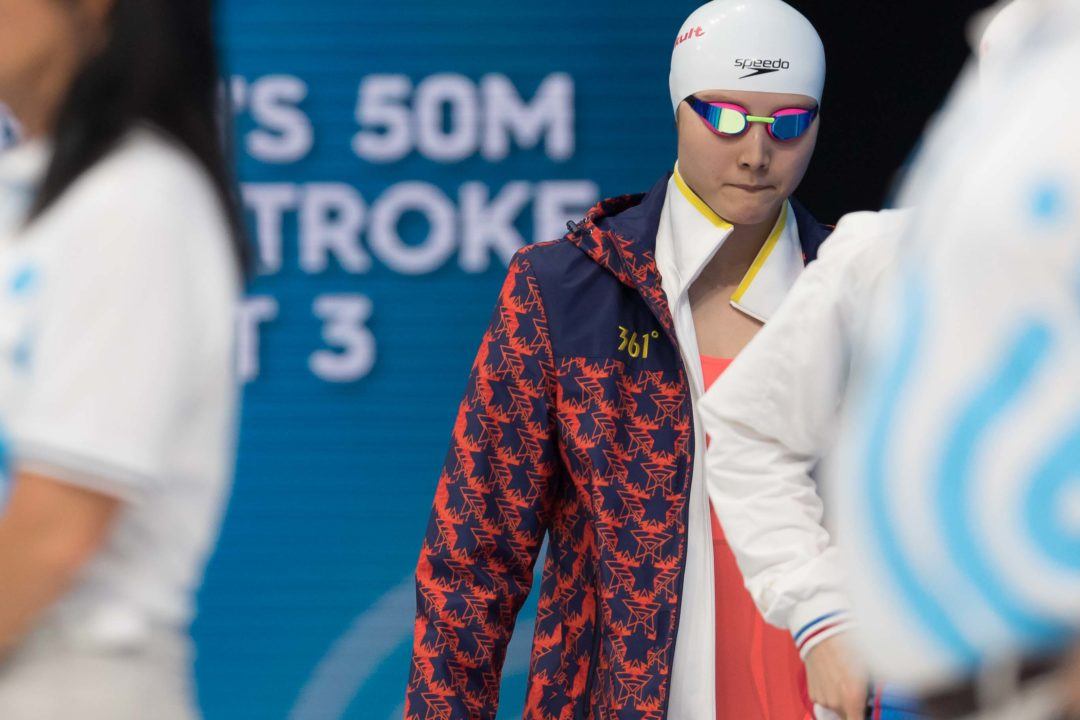 Suo Ran was nearly seven-tenths better on breaststroke as the Chinese women broke the Asian Record in the 4x50 medley relay once again. Archive photo via Mike Lewis/Ola Vista Photography

The Chinese women broke the Asian Record in the 4×50 medley relay once again in the final, winning silver behind the United States in a time of 1:44.31.

That time broke their record of 1:45.53 set in the prelims, and they’re now almost two seconds under what the record was coming into the meet. The time had stood at 1:46.15, set by the Chinese team at the 2014 World Championships in Doha.

They swam the same four swimmers as the prelims, with three of them going faster than they did in the morning. Fu Yuanhui was four-tenths faster on back, Suo Ran was was almost seven-tenths better on breast, and Wang Yichun was 0.26 faster on fly. Suo has now been on the last three Asian Games record setting relays. A look at the splits is below:

The U.S. ended up breaking the world record with their gold medal victory in a time of 1:42.38.