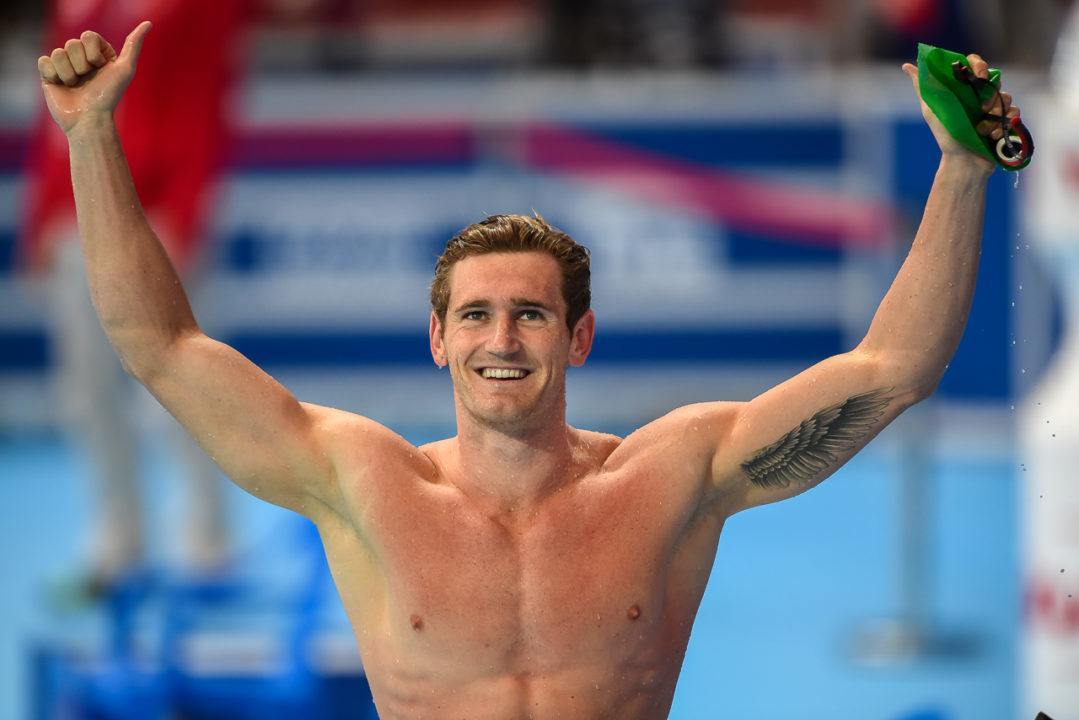 South African Cameron van der Burgh swam to a new World Championship Record in the final of the men’s 100 breaststroke at day 2 finals in Hangzhou, putting up a time of 56.01 to break the 56.29 set by Brazilian Felipe Franca da Silva in 2014.

van der Burgh played to his strength (speed), going out fast with an opening 50 split of 25.91, under his world record pace of 25.98. He held the field at bay coming home in 30.10, holding off Belarusian Ilya Shymanovich (56.10) and Japan’s Yasuhiro Koseki (56.13) who ended up setting National and Continental Records respectively in winning silver and bronze.

This is van der Burgh’s second title in this event, reclaiming the gold medal he won back at the 2010 Championships in Dubai. This is the 30-year-old’s first medal in the event since then, and he also won silver in 2008 in Manchester. At the 2016 Championships in Windsor, he missed the final in this event by finishing 9th in the semis (57.67), but did go on to win gold in the 50 breast.