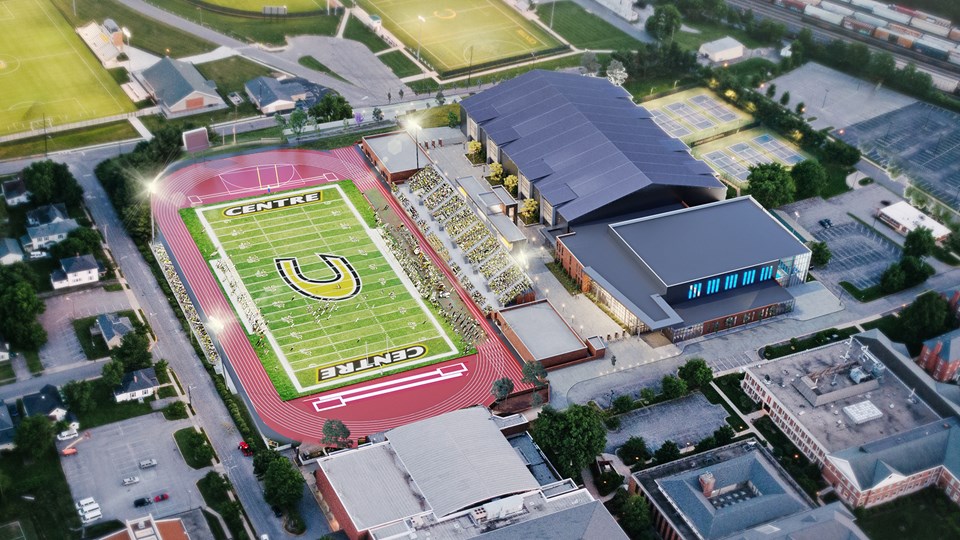 Centre College will invest $50 million in a new center for health and academic excellence, including a state-of-the-art 50 meter pool. Current photo via Centre College

On Monday, Centre College announced its plans to build a new center for wellness and athletic excellence. Amongst other components, the college intends to construct a state-of-the-art aquatic facility which will boast “a 10-lane, 50-meter pool with a moveable bulkhead, an integrated diving well with 1-meter and 3-meter diving boards, and seating for 700.”

The total cost of the project will come to $50 million, most of which has already been covered by early commitments and two “lead gifts.” The college will rely on donations to supply the remaining $12 million needed to cover the project.

In October of 2021, Centre will orchestrate a groundbreaking event for the project. The college hopes for the project to be completed within the next 18 months.

The project marks Centre College’s “largest, most comprehensive construction project to date.” In addition to the new aquatic facility, the university also plans to build an indoor track and turf field, a new strength and wellness center, a nutritional center, hospitality and engagement areas, new locker rooms and multipurpose spaces, and a revamped Athletics Hall of Fame.

Centre College competes as an NCAA Division III school out of Danville, Kentucky. Their teams compete in the Southern Athletic Association (SAA) along with seven other colleges and universities within the region. Centre College’s current enrollment sits at 1,415 students. Of the 7 other SAA members, no undergraduate enrollment exceeds 2,000 students.

Centre’s new aquatic facility will be a major upgrade to the current pool, which is a 6-lane, 25 yard pool with limited seating. The college projects that with the additions of the new facilities, including the pool, the athletic department will be able to add up to 70 student-athletes to rosters across all sports.

Currently, there are 50 athletes between both the men’s and women’s swim and dive teams.

In February, the Centre men’s and women’s swim teams closed out their season at the NCAA Division III Southern Athletic Association championships. Both teams finished in third place out of seven teams. Audrey Becker of the women’s team was named to the SAA first-team for her performances in the 200 IM and the 200 fly. Four of Centre’s other swimmers were named to the SAA second team, along with one diver.

Braden. Mt. San Antonio College in Walnut, California has also begun construction on a new aquatics complex. It is the home of the college teams, BREA Aquatics, and many other programs and events. Great news during tough times for Southern California.