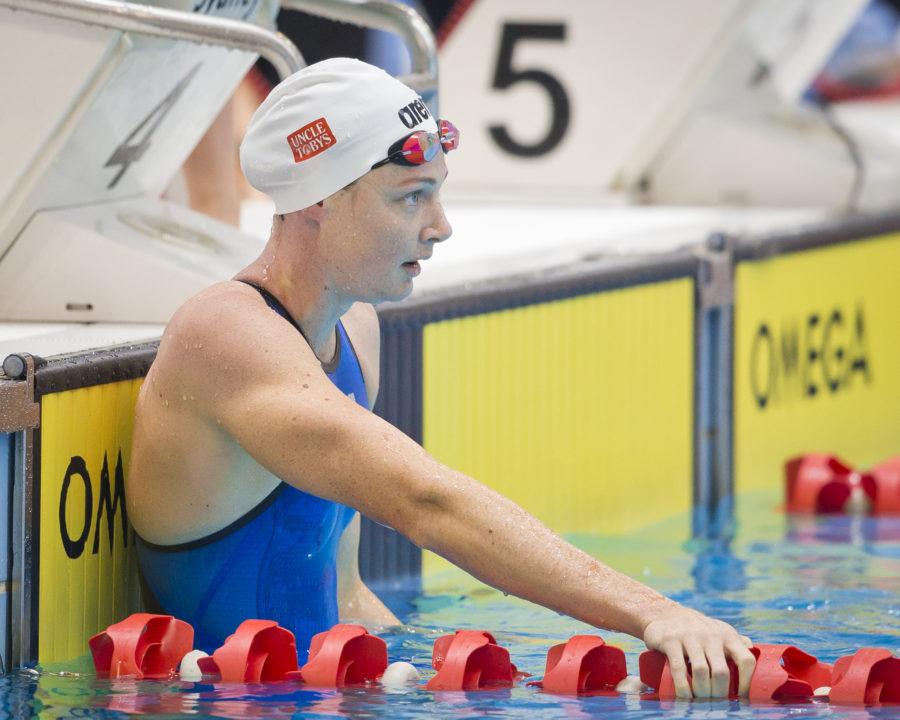 While competing in her 2nd event of the 2018 Australian Trials, prolific sprinter Cate Campbell lowered the Australian national record in the women’s 50m butterfly. She already earned the title as the fastest Australian woman ever in a textile suit with her 50m fly time of 25.68 from the NSW Championships this past January, but she took things to a new level to crack a new NR by .01 of a second in 25.47.

The previous NR was held by Marieke Guehrer, who has been on the books with her suited time of 25.48 from 2009.

C1 has stated that she views the 50m fly as ‘a little bit of fun’, which she would love to swim at the Commonwealth Games. Her performance this morning keeps C1 in the 3rd slot among this season’s world rankings, but further establishes herself as a favorite for the gold on her home turf come April.

you mean the time Sjostrom swam outside back home with a huge backwind? yeah, well….

shes a threat for the Commonwealth title