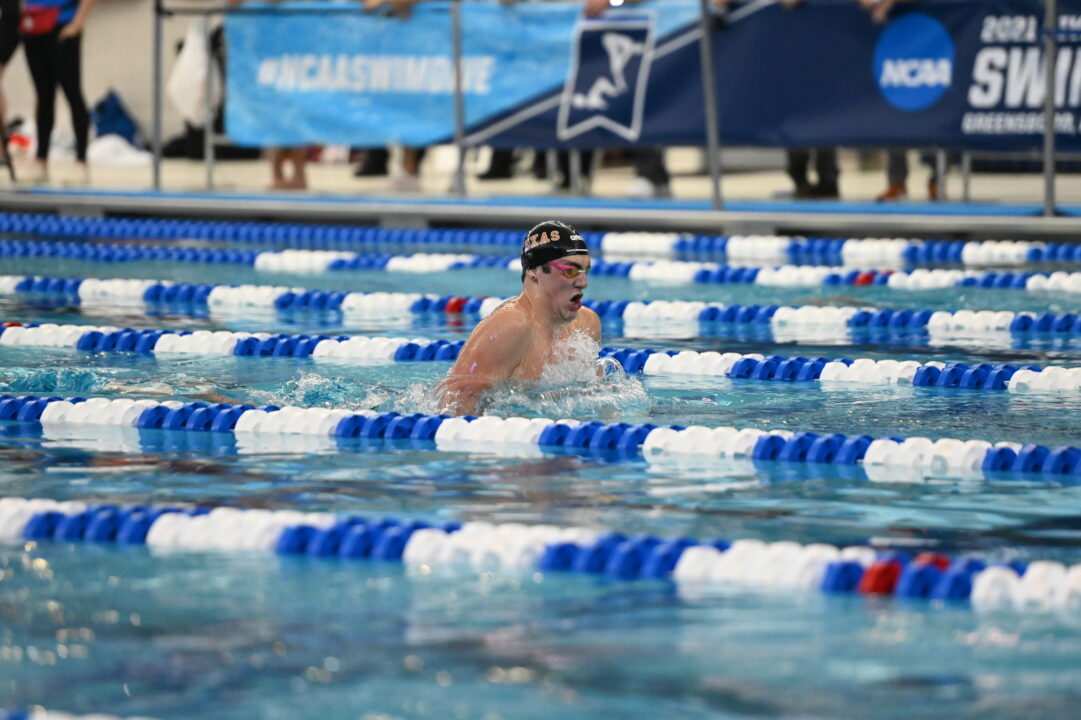 Texas swimmer Caspar Corbeau has been called up to represent the Netherlands in individual breaststroke events in Tokyo at next month's Olympic Games. Stock photo via stock

We recently published what was revealed by the Royal Dutch Swimming Federation (KNZB) as the roster of athletes set to represent the Netherlands at this year’s Olympic Games in Tokyo, Japan.

Among the veterans such as Ranomi Kromowidjojo and Femke Heemskerk, newcomers Thom de Boer, Nyls Korstanje and Arno Kamminga also made the grade. You can see the entire roster as it was originally announced here.

Texas student-athlete Caspar Corbeau was originally identified on the KNZB’s list as a reserve breaststroke for the medley relays. However, since then, High-Performance Center Amsterdam coach Mark Faber has confirmed what Corbeau announced via social media that the 20-year-old has indeed been added to the individual breaststroke events as well.

Per Corbeau’s Instagram, “Under further consideration… The Dutch Olympic Committee has decided to allow me to compete at the 2021 Olympic Games in Tokyo, Japan!! 🎌🧡🤘🏼🔥

I honestly don’t know what to say besides thank you. Thank you to my friends, family, and coaches for supporting me throughout my swimming career. Y’all have fought on my behalf, through thick and thin, and I am truly grateful for that.

To my Texas boys – thank you for challenging me everyday in and out of the pool. I’ve never been more proud to call myself a Texas Longhorn.

To my Dutch Friends – thank you for accepting me for who I am and providing me with a unique, international experience.

However, with the Dutch Olympic Committee providing its approval Corbeau is on his way to representing the Netherlands in Tokyo in his Olympic Games debut.

Great news for Caspar! What are his Dutch roots? Mom or dad or both? Has he ever lived there and does he speak the language? I know he has always represented the Netherlands, even as a Junior swimmer. I also know most Dutch people speak very good English so language would not be a problem.

His mom is Dutch and his dad is American I believe

Congrats Caspar! Glad they allowed him to go because those times could arguably be good enough to qualify for the US.

So happy for him! HOOK ‘EM!