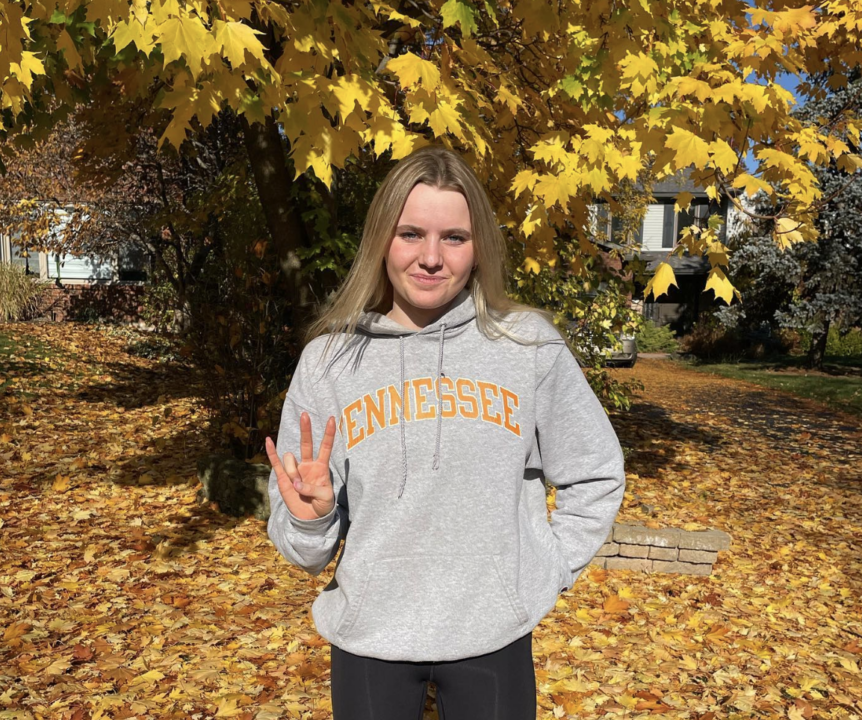 Canadian Ella Jansen has announced her verbal commitment to the Tennessee Vols. She will arrive in Knoxville for the 2024-2025 season. Current photo via Instagram

Jansen has swam with Etobicoke Swimming out of Ontario in the past, but now is training at the High Performance Center in Toronto. She is versatile in that her top events span three event groups, with those being IM, mid-distance freestyle, and butterfly. She does not currently have any short course yards experience, but her converted times can be found below.

Jansen competed at the FINA World Cup stop in Toronto this past weekend, where she earned as high as a 5th place finish in the 400m free (4:01.87). The swim was a new personal best by almost four seconds, with her previous best being set almost exactly a year ago.

Based on last year’s cutlines, Jansen’s converted times already project her to qualify for NCAAs in multiple events (500, 200 free, 100 fly, and 400 IM). Her converted times in the 400 IM and 200 free would also project her to score at NCAAs, putting her comfortably in the B-final in both. It is unlikely she would swim both due the event order, but considering Tennessee scored 0 points in the 200 free and 14 in the 400 IM last year, she will probably lean towards freestyle.

Last season, Julia Mrozinski (1:43.21/4:35.95) was the team’s top performer in the 200 and 500 free, while Ellen Walshe (4:01.53) took the top spot in the 400 IM. Both Walshe and Mrozinski are questionable marks as to if they will return to Tennessee, as Walshe is spending time at home in Ireland and Mrozinski has yet to suit up for the Vols this season.

Tennessee’s class of 2026 was distinguished as “Honorable Mention” in SwimSwam’s ranking of the 2022 recruiting classes. Fellow Canadian Regan Rathwell is the only athlete in that class that swims somewhat similar events to Jansen. She holds best times (LCM) of 2:16.37 in the 200 IM and 4:47.57 in the 400 IM. Camille Spink, in the class of 2027, recently went a best time of 1:59.87 in the 200m free, putting her close to Jansen. Laura Littlejohn also swims some mid-distance free, holding a best 200m free time of 2:01.68.

I’m always interested to know how some teams end up with a lot of foreign athletes (Tenn, USC) and others don’t. Is it that some coaches don’t tend to reach out to foreign athletes or is it more like a chain reaction where a swimmer will have an older friend or teammate who went to a certain team so they follow?

What a pickup for the Vols! It looks like she was faster in Toronto last week and her times in short course meters convert to even faster