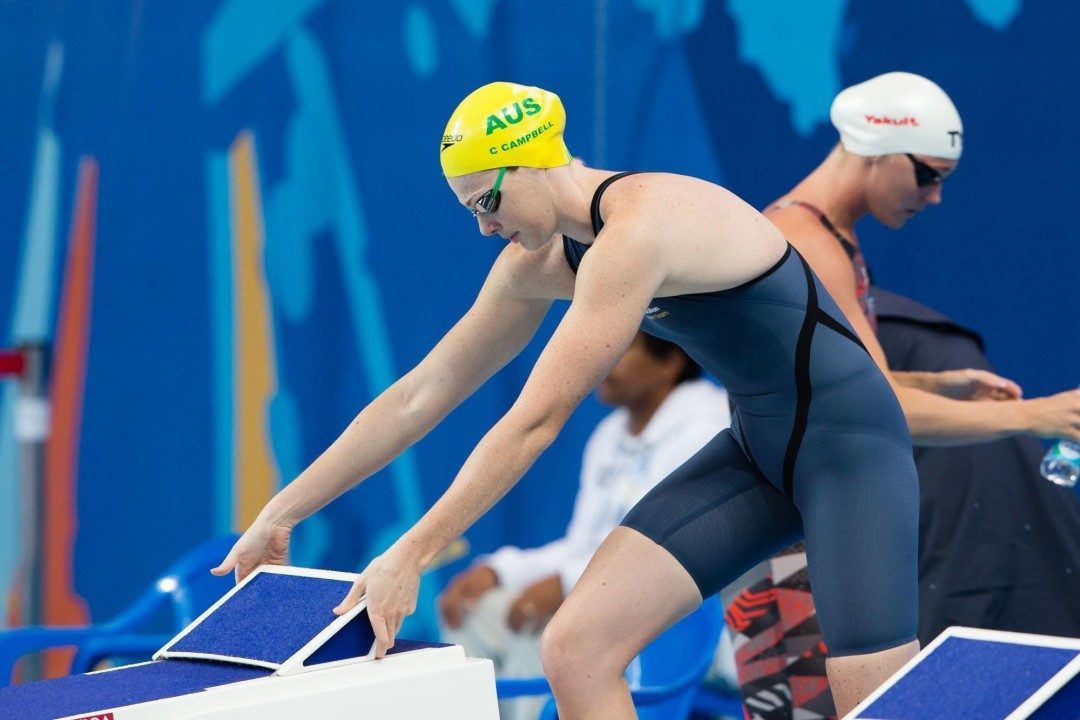 Cate Campbell won the women's 50 freestyle at the Queensland Championships in a time of 24.12... Current photo via Tim Binning/TheSwimPictures.com

Cate Campbell posted a season’s best of 24.12 to win the women’s 50 freestyle. Campbell’s time is fastest posted in the world this year and is not far off her lifetime best of 23.96, which she put up at the Pan Pacific Championships in 2014.

Emma McKeon finished 2nd in a time of 24.99 which puts her just inside the world’s top ten.

Cameron McEvoy took the men’s event in a time of 22.33. McEvoy posted a slightly faster time of 22.32 in the prelims. Despite putting up the world’s top time in the 100 freestyle, his performance in the 50 did not make it into the top ten. McEvoy’s 50 has improved in the last year, but he continues to develop in the mold of a 100/200 freestyler rather than a 50/100 freestyler, much like his fellow royalty of Australian sprinting James Magnussen.

Although the open events finished up with tonight’s 50 freestyle there will still be two more days of racing in the age group events at the Queensland Championships and Minna Atherton proved that we had better being paying attention. Atherton, who finished third in the open 100 backstroke in a time of 59.69, won the 15-year olds 100 backstroke this evening in a time of 59.37.

Atherton broke the junior world record of 59.58, a record she shared American Claire Adams. She also set a new Australian Junior All-Comers’ Record by breaking the mark of 59.59 set by Emily Seebohm in 2008.

The time now ranks Atherton 4th in the world rankings.

What is the women’s record for the fastest 50 free in December? Remember that Cate also popped a 24 flat in January at the Super Series.

What’s the record for the fastest women’s 50 free in December? I know Cate popped a 24 flat in January at the Super Series.

Is that a world junior record for Atherton?