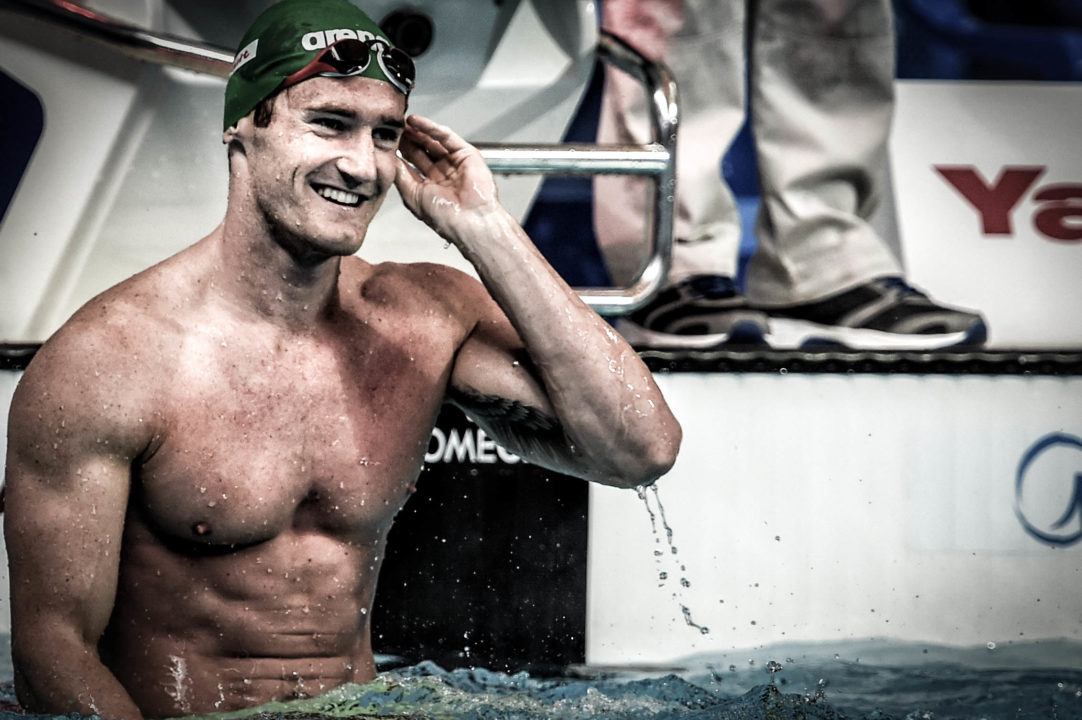 Swimming the very last race of his career, South African breaststroke legend Cameron van der Burgh delivered one of the fastest performances of all-time to win the gold medal in the men’s 50 breast.

After winning the 100 earlier in the meet, van der Burgh announced that he would retire at the end of the competition, with only this event remaining on his individual schedule.

In the final he came through with the 2nd fastest swim in history, touching in 25.41 to lower the Championship Record of 25.63 set by Brazilian Felipe Franca da Silva in 2014. The only swim ranked ahead of it is van der Burgh’s world record of 25.25, set way back in 2009 during the super-suit era. That also makes his swim tonight a new ‘textile world record’.

Additionally, this was the South African’s first time ever successfully defending a World title and his first time winning the 50 and the 100 at the same competition (at a World Championships). He won the 50 in 2016 in Windsor, repeating that win here, and his only other SC gold medal coming into the meet was done in the 100 breast back in 2010 (where he won silver in the 50). However, he has won the 50 and 100 simultaneously at both the Commonwealth Games (2010) and the African Games (2007, 2011, 2015).

He retires with two Olympic gold medals, including that gold from the 100 breast in London, ten LC World Championship medals including two golds in the 50 breast, and now eight SC World medals including four gold. He also owns four gold and nine total Commonwealth Games medals.

The 30-year-old now owns six of the ten fastest swims in history, including the three fastest. Adding a pair of swims from all-around sprinter Roland Schoeman, South Africans are responsible for the fastest seven swims in history.

Interesting that Peaty doesn’t do SCM

Wonder if he’ll compete in the European SC in Glasgow in December.

This guys retirement couldn’t have been better

Definitely a great way to go out!