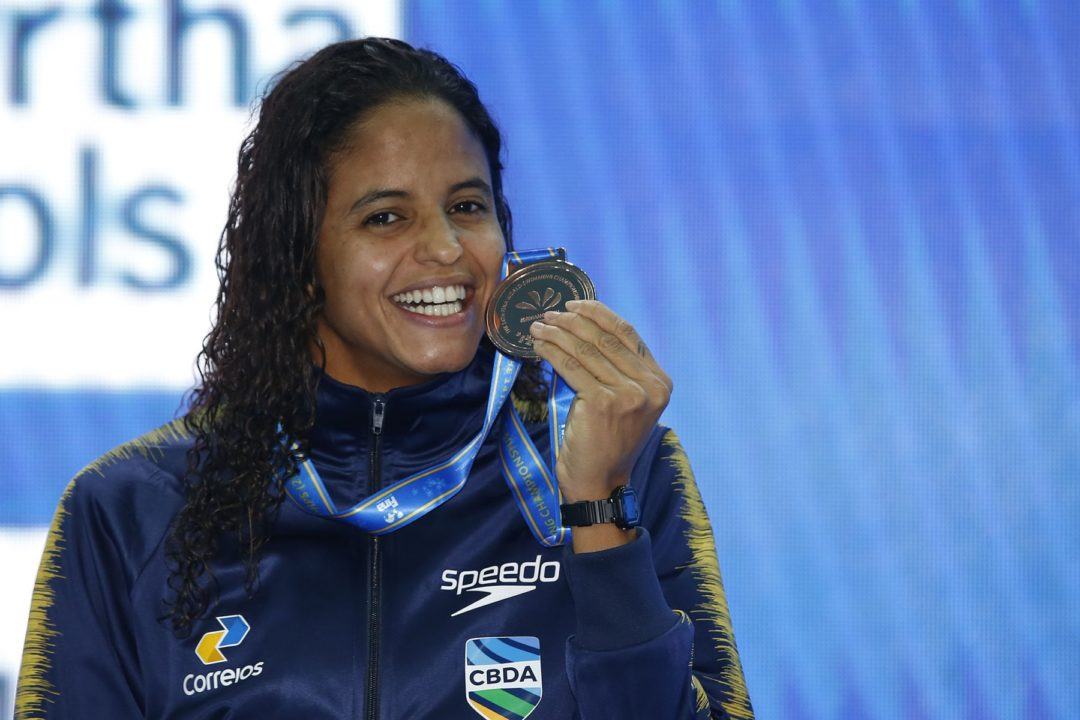 Brazilian swimmer Etiene Medeiros took bronze in the 50 free on Sunday evening in China, posting a 23.76. That time broke not only her own Brazilian and South American Records in the women’s 50 free final on Sunday; but she also took out the old “Americas” record in the event.

The Americas Records, not to be confused with American Records, are a category of records officially tracked by FINA that lumps North, Central, and South American into one continent in the same way that they track European or Asian Records. While not technically so, the records are colloquially referred to as the “Western Hemisphere” records, because the Americas comprise all of the relevant swimming nations in the Western Hemisphere.

In Saturday’s semi-final, Medeiros tied the old Americas record of 23.82 that was set by Dara Torres at a 2007 edition of the FINA Swimming World Cup when she was already 40 years old.

Ranomi Kromowidjojo of the Netherlands took gold in a new Meet Record of 23.19, while her countrymate Femke Heemskerk placed 2nd in 23.67.