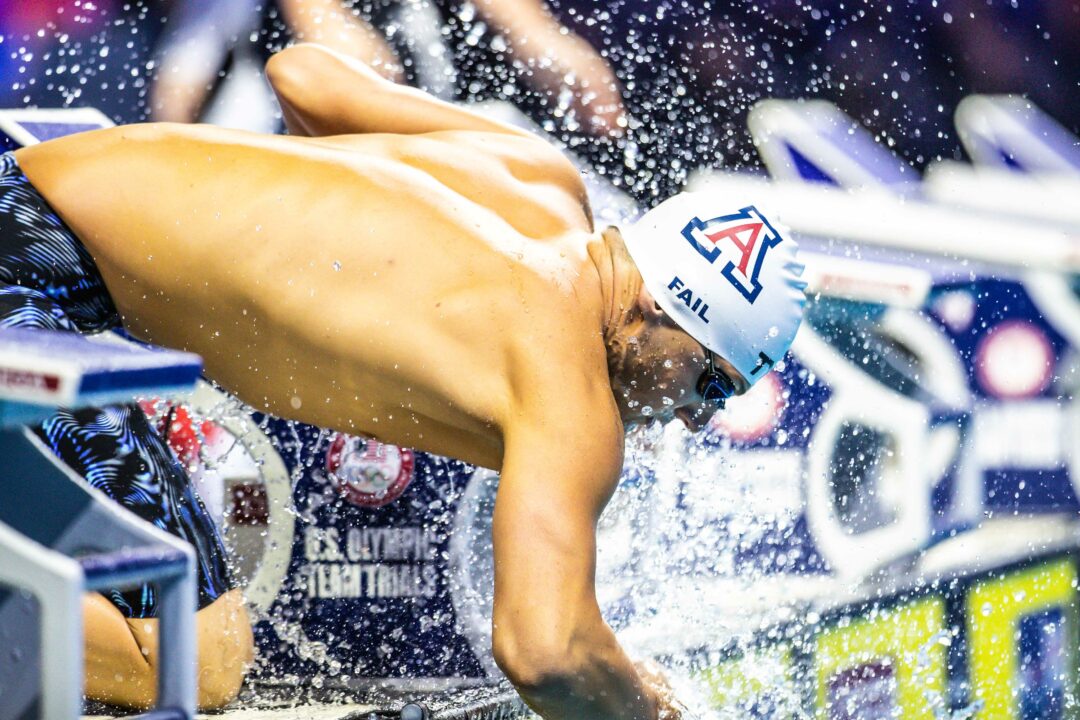 Fail is coming off of earning three 'A' final appearances at the 2021 NCAA Championships, including a third-place finish in the 500 free. Archive photo via Jack Spitser/Spitser Photography

The Arizona Wildcats opened the 2021-22 NCAA season with their annual intrasquad meet on Friday, and Team Red ultimately emerged victorious over Team Blue on both the men’s and women’s sides.

Brooks Fail, who is entering his fifth year with the Wildcats after earning a trio of top-eight finishes at the 2021 NCAA Championships, was among the meet’s top performers with three wins for Team Blue in a losing effort.

Fantastic Freshman
There were six Wildcat Freshmen who recorded an event win Friday afternoon at Hillenbrand. Lexi Duchsherer, took home two first-place finishes in the 50 and 100 free, along with being on 400 free relay team that won. A pair of Freshman, Beck Parnham and Stella Copeland, finished with the top times in 1000 free event. In the 200 breast, Maddy Alhuwalia took home the top honors. Chloe Clark finished with the best time in the 200 IM, while Quinn Gariepy had the top score in the 3-meter dive.

The Cats will be back in action Oct. 8 in Dallas, Texas for the SMU Classic.

Follow the action live on Arizona Swimming and Diving’s Twitter @ArizonaSwimDive and check ArizonaWildcats.com each night for results and a recap of the event.