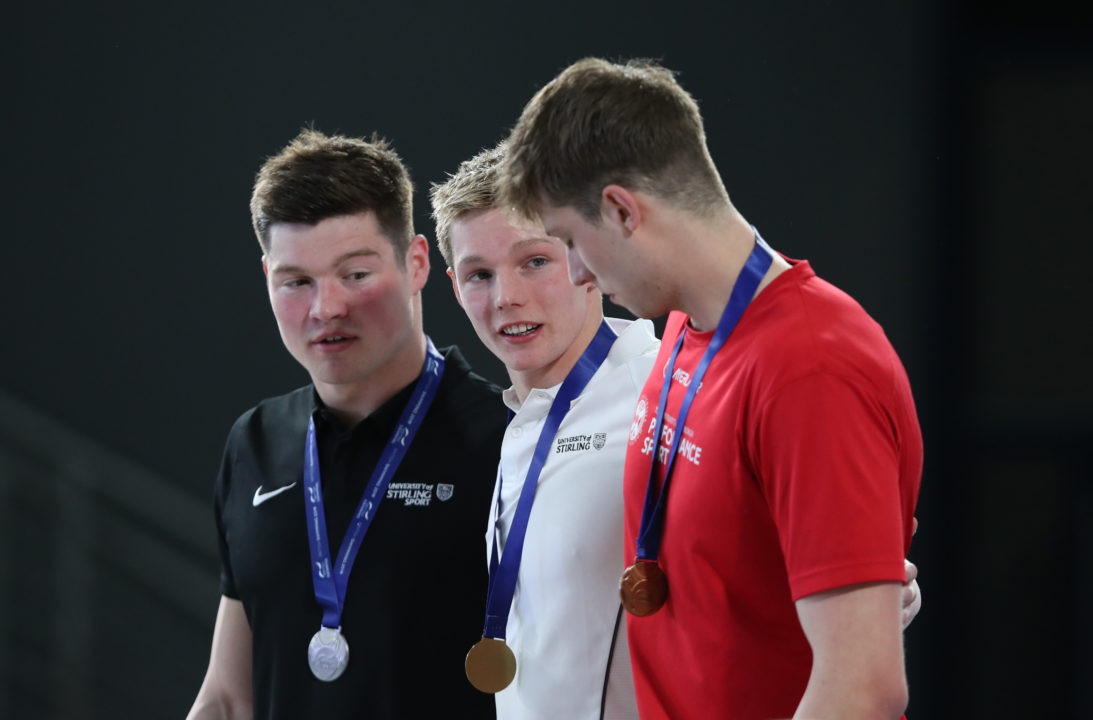 The continent of Europe had a successful opening night of competition at the 2019 FINA World Championships, with Russia and Italy entering the overall medal table. European medalists so far include Gabriele Detti‘s 400m free bronze and the Russian men’s 4x100m free relay silver.

Great Britain didn’t collect any hardware as of yet, but at least one medal appears to be on its way, courtesy of Adam Peaty. The Loughborough star and reigning 100m breast Olympic champion fired off a new 56.88 World Record in the semi-finals. His compatriot James Wilby produced a time of 58.83 to claim the 3rd seed and set-up a possible 1-2 British punch in tomorrow night’s final.

Another promising sign of British speed came in the form of the men’s 4x100m free relay. Although the squad finished in 5th and off the podium, the combination of Duncan Scott, James Guy, Ben Proud, and Scott McLay came within .2 of their nation’s standard, producing a textile National Record in the process.

Their 3:11.81 5th place finish were comprised of the following splits:

Great Britain didn’t even field a men’s 4x100m free relay at the 2017 edition of the World Championships, so for the nation to see 3 men split sub-48 is an indication of sprinting progress in that region of the world.

McLay in particular was impressive, carrying an individual personal best of 49.05 clocked just this past April to finish 2nd behind Scott at British Championships. The 19-year-old blazed right by the 48-range and hit new territory in 47.85.

Ben has also split 47.9 before so hopefully the standard can be maintained through to Tokyo and we see that national record go

A sub 48 split from McLay only makes it more confusing as to why he wasn’t entered in the individual 100 free. He looks in shape and could have done a decent PB

Arrogance.
Same reason Georgia Coates is swimming 200brs and she came 6th at trials but they took her for relay and haven’t entered a 4×200. Disgusting

He doesn’t have the A standard, so we couldn’t enter both him and Duncan unfortunately.

Actually might be a really good battle for spots on the 4×100 at trials next year; Duncan is sewn up. But then Cumberlidge, Richards, McLay all looking similar at the minute… Throw in Guy, maybe Proud but I suspect he’ll want to give the 4×100 a miss, and who knows maybe Whittle drops a second and sneaks on to the team… Suddenly the 100fr is worth watching in Britain.

I think Proud is so focused on 50 free gold for next year he has specialised to the point where its literally 50 free and nothing else. I’m assuming that’s why his fly seems to be off where he was 2 years ago and even last year at Commonwealth Games.
I don’t really understand how tapers work that much, but could it be he has timed his taper to fully hit for the end of the meet on the 50 free, and that’s why he seems a bit off his best in the 100 free and 50 fly?

Agreed, but fun to see Proud swim that hundy