Beyond The Lane Lines: Le Clos Teams Up With Johnnie Walker 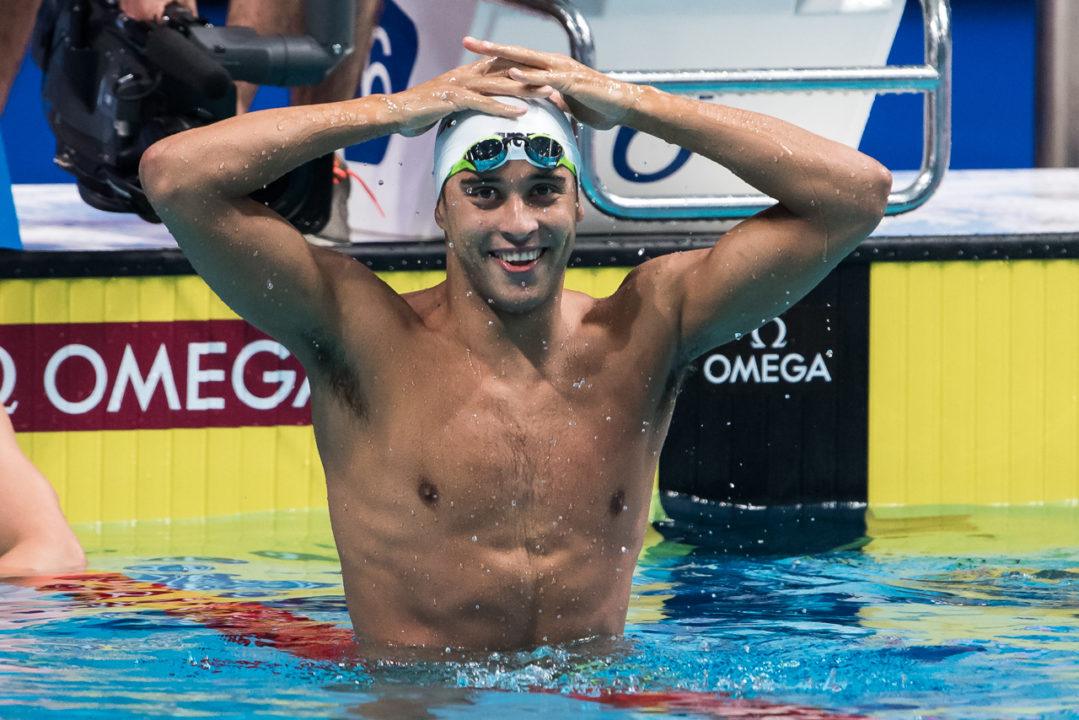 Cate Campbell, Chad Le Clos, Brendand Hyland and more are highlighted in this latest edition of Beyond the Lane Lines. Archive photo via Peter Sukenik/www.petersukenik.com 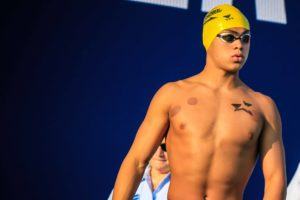 With construction of new venues for next year’s Olympic Games in Tokyo, Japan well underway, fascinating discoveries are being made as layers of the earth are being removed. Roof tiles carved with images of mythical beasts along with ritual vessels were found under 8 inch-thick layers of dirt in the urban center of Kyoto recently, with the items dating back to the Heian period more than 1,000 years ago.

“Anywhere you dig in Kyoto, you find a lot of stuff,” archaeologist Koji Iesaki says of the unique findings excavated thus far. “The city has been continuously inhabited for 1,000 or 1,200 years. So it’s like a treasure mountain.

Japanese law doesn’t require developers to permit archaeological excavations before construction, but many do.

Per The Fingal Independent, the Paddy Wright Memorial Scholarship fund was established in 2008 in honour of the Chairman Emeritus of the DCU Educational Trust, leading Irish businessman and honorary graduate of the university, Dr. Patrick J. Wright. After his untimely death in late 2007, Paddy’s family and friends came together to create this fund to support students from North Dublin on the DCU Access Scholarship Programme – which Paddy helped to establish – and Dublin Gaelic Footballers in the DCU Sports Academy.

Hyland went on a national record-breaking tear last year, clocking new marks across the 100m and 200m fly events in both long course and short course. While competing at the Irish Championships in April, Hyland set a new record of 52.62 in the 100m, while his 1:57.38 performance at the 2018 European Championships scored a new record in the 200m. For short course, Hyland produced a new standard of 51.54 in the 100m and 1:53.19 in the 200m while representing Ireland at the 2018 World Championships in Hangzhou, China.

Honoured to receive Paddy J. Wright Memorial award for sporting achievements yesterday alongside other memorial trusts and scholarships for academic & educational achievements. The support is so appreciated! 🙏 @muirtheimhne @DaireKeogh pic.twitter.com/bm7AR2ReSs

Last November we reported how the freestyle ace went to her dermatologist for a long-overdue skin check only to discover she had stage 1 melanoma. The melanoma was safely removed, but C1 used her experience as a platform to spread awareness of the importance of keeping tabs on moles and other possible skin abnormalities,

Melanoma Institute Australia CEO Matthew Browne says, “Cate embodies the Australian way of life and her love of the outdoors, be it swimming, hiking or kayaking, makes her an ideal National Ambassador for MIA.

“Many people don’t realise melanoma kills one Australian every five hours and is the most common cancer affecting 15 to 39 year olds. By having Cate onboard we will better be able to reach young Australians with sun-safety and skin awareness messages.

Says Campbell, “As Australians, we spend so much time in the sun and with melanoma the most common cancer in young Australians I want to make sure people know the importance of having skin checks.

“As someone with pale, freckly skin, keeping up with freckles and sun spots is difficult, but my melanoma developed in a mole I had my whole life and on the surface it looked like nothing had changed. I shudder to think what would have happened had I not had that mole checked. It literally saved my life.”

“Johnnie Walker is proud to announce its new brand campaign commemorating South African achievement and progress. It’s an evolution of the iconic whiskey brand’s drive to inspire progress. The world-famous adjure to ‘Keep Walking’ is particularly meaningful in a South African context.

Consumers no longer want to be dictated to and are looking for brands to partner with them in how they are represented and tell their stories in an authentic way.

The ‘Keep Walking’ campaign is a push to move forward with optimism, celebrating every milestone reflective of real, inspiring stories,” says the brand.

Three-time Olympian for Japan Noriko Inada gave birth to a healthy baby girl earlier this week. The 40-year-old swam at the 1992, 2000 and 2004 Summer Olympic Games and retired after Athens only to wreak havoc on world records across the Masters swimming circuit since.

Our coaching family has grown by one as Takahisa Ide and Noriko Inada were blessed with the birth of their daughter late last night. Both Noriko and the baby are doing well. Congratulations! pic.twitter.com/Yc2dzaP9lw