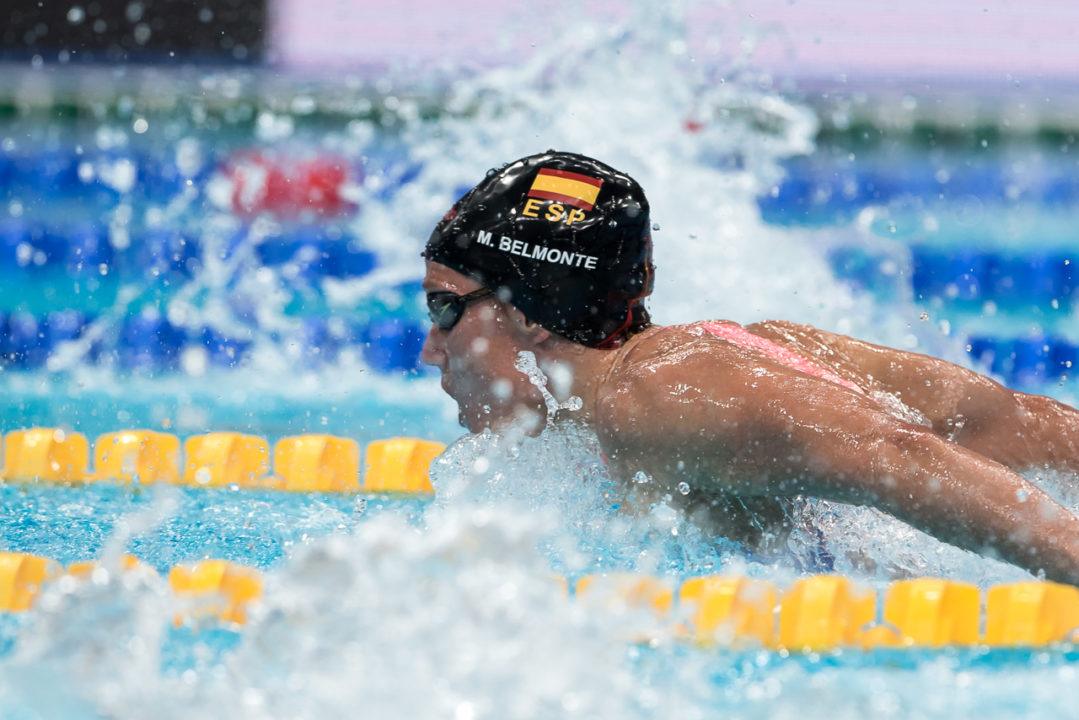 The 27-year-old was slated to swim the 200m IM and 400m IM events earlier in the meet, but wasn’t in the water for those prelims. On the final day, however, Belmonte took golds in both the women’s 800m freestyle and 200m butterfly events, albeit with pedestrian (by her standards) times in each.

Marc Sanchez managed to add another win to his meet haul, taking the men’s edition of the 200 butterfly in a time of 1:55.76. Another notable performance came in the women’s 50m freestyle, where Lidon Muñoz rocked a new meet record in the splash n’ dash. Slamming the wall in 24.71, Muñoz surpassed the old meet mark of 24.87 from way back in 2009. In fact, her performance tonight fell just .07 shy of the 24.80 national record.