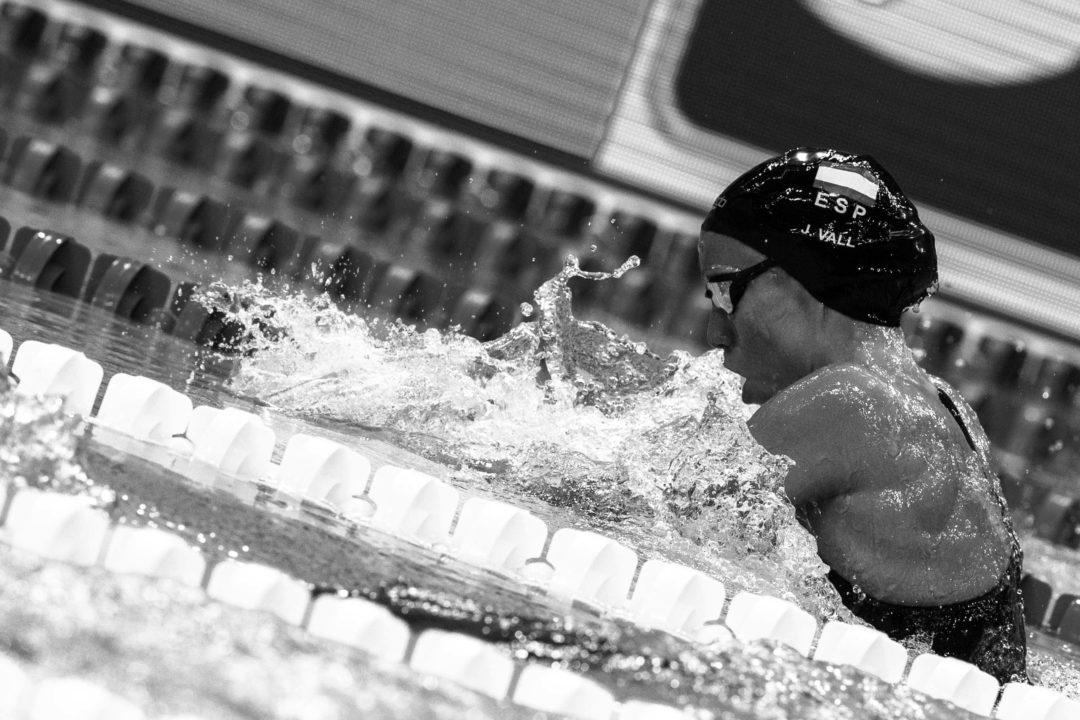 Both Jessica Vall and Marc Sanchez racked up more wins on day 2 of the 61st Spanish Winter Short Course National Championships on Friday in Barcelona. Vall earned a new meet record in the 200m breaststroke, registering a winning time of 2:20.12 to take gold tonight. That outing overtook the previous meet record of 2:20.57 she set back in 2014. She holds the Spanish national record in 2:19.80 from just earlier this month at the World Cup Tokyo.

The good news for Vall is that she also dipped under the federation-dictated qualifying time for Copenhagen of 2:23.09.

Sanchez cranked out a fierce 400m IM time of 4:06.94 to comfortably register under the Spanish European Championships qualifying marker of 4:07.84, winning tonight by almost 6 seconds. Sanchez’s mark tonight fell within a second of the meet record set back in 2009, which stands at 2:06.27.

In the 100m freestyle, Lidon Munoz won the women’s race in a time of 54.31, but the mark fails to slide under the Spanish federation’s qualifying standard for Copenhagen of 53.29. Moritz Berg topped the men’s field, earning a time of 48.05, well off the Copenhagen-worthy mark of 47.26.

In the women’s 400m IM, national record holder Mireia Belmonte was entered in the event, but wound up no-showing for the race. In her stead, Africa Zamorano doubled up on her 100m victory from day 1 with a victory in the longer distance, clinching the gold in 4:35.29 to dip under the Euros qualifying mark of 4:36.04.

Below are the RFEN-qualifying standards for Copenhagen:

Loretta, I think you have the Spanish Federation qualifying times for short course Euros wrong. Page 3:

I think you are pointing to the long course times for next year’s championships in Glasgow:

So very few swimmers are actually going to qualify, and none of them in the 100 free.

You’re absolutely right! Got ahead of myself and was already onto 2018….ha! Corrected and inserted table for Copenhagen. Thanks!