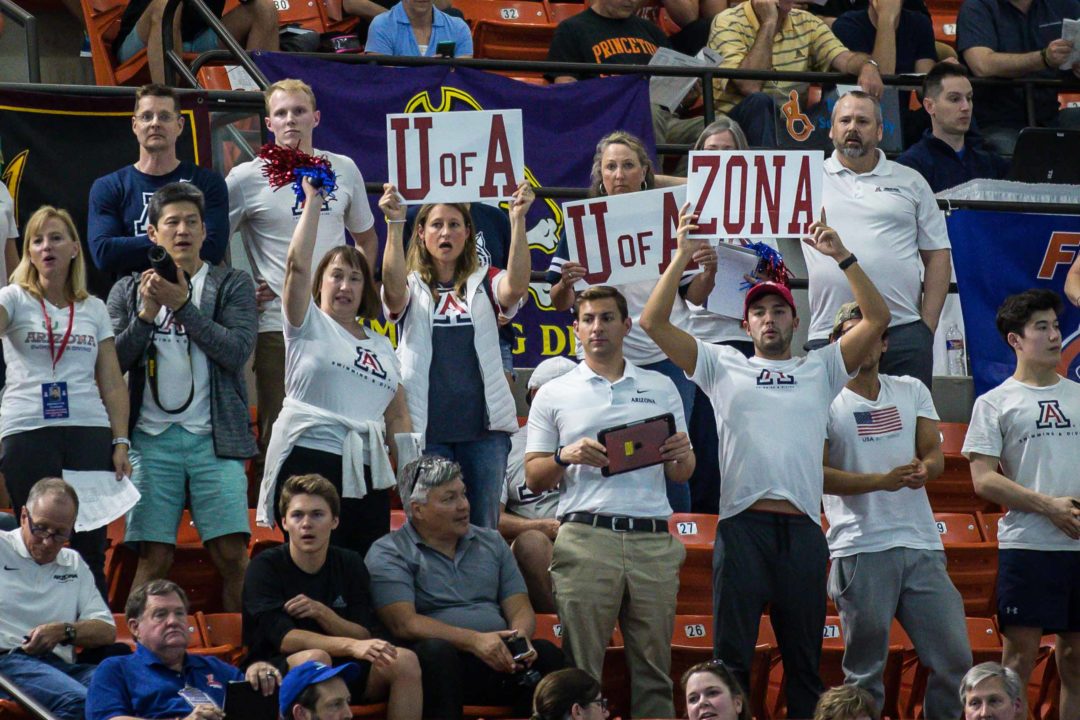 The University of Arizona swimming & diving program has added Anna Heller as an assistant to its coaching staff after she spent two seasons at SMU. Stock photo via Jack Spitser/Spitser Photography

The University of Arizona swimming & diving program has added Anna Heller as an assistant to its coaching staff.

Prior to SMU, Heller was an assistant with the Texas A&M Aggies. She swam collegiately at A&M after transferring from Oregon State. On the club scene, Heller has spent time coaching with the Aggie Swim Club as well as the Hillsboro Heat in Oregon.

This summer, Arizona has had to fill the positions left by former Wildcat assistants Corey Chitwood and Beth Botsford, starting with the addition of former University of the Pacific head coach Peter Richardson. Heller is the next, and probably final, program hire this off-season.

TUCSON, Ariz. – The University of Arizona Swimming and Diving program and head coach Augie Busch have announced the addition of new assistant coach Anna Heller to the staff.

“The staff and I are so happy and excited about Anna joining our staff,” said Busch. “We see eye-to-eye on many things, most importantly how best to create great connections with young student-athletes. She is very highly regarded in the swim community, which will help us continue to cultivate great relationships with club coaches and swimmers around the country. I could not feel better about the staff we have put together this summer and cannot wait to get the season started.”

Heller comes to Arizona after two seasons as an assistant coach for the SMU women’s swimming program, where she helped mentor four athletes to NCAA Championship appearances over two seasons and the 2019 American Athletic Conference Most Outstanding Performer Erin Trahan.

Heller swam collegiately at Texas A&M where she helped lead the Aggies to a Big 12 Championship in 2012 and had top-10 times in the 100- and 200-yard backstrokes. She transferred to Texas A&M from Oregon State, where she qualified for the NCAA Championships in 2010.

We are thrilled to welcome our new assistant coach Anna Heller to the Wildcat Family!

Congrats Anna! Your Hillsboro Family is proud of you!

Congratulations & Good Luck in this next chapter Coach Heller! We will be cheering for you!