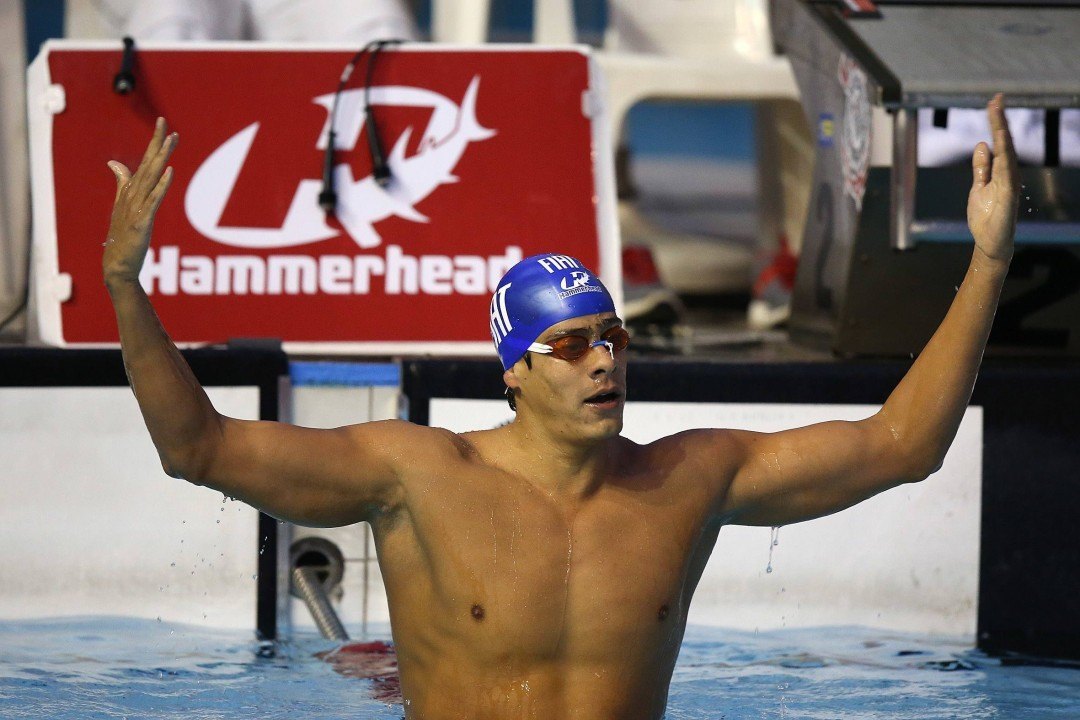 The Argentina Swimming Federation has nominated 21 swimmers for the 2015 Pan American Games, though they have not yet  announced...

The Argentina Swimming Federation has nominated 21 swimmers for the 2015 Pan American Games, though they have not yet  announced their roster for the World Championships.

The roster will include 2011 men’s 1500 meter bronze medalist Juan Pereira, but won’t include the team’s lone gold medalist from the last edition of this event: Cecilia Biagioli, who won gold in the women’s open water swim.

In total in Guadalajara in 2011, Argentina won four medals in swimming: Biagioli’s gold, Pereira’s individual bronze, bronze in the 800 free relay, and bronze in the men’s 10km open water swim from Guillermo Bertola, who also is not on this year’s roster.

Swimming at this year’s meet will run from July 14th-18th at the Toronto Pan Am Sports Centre Aquatics Center in Canada.