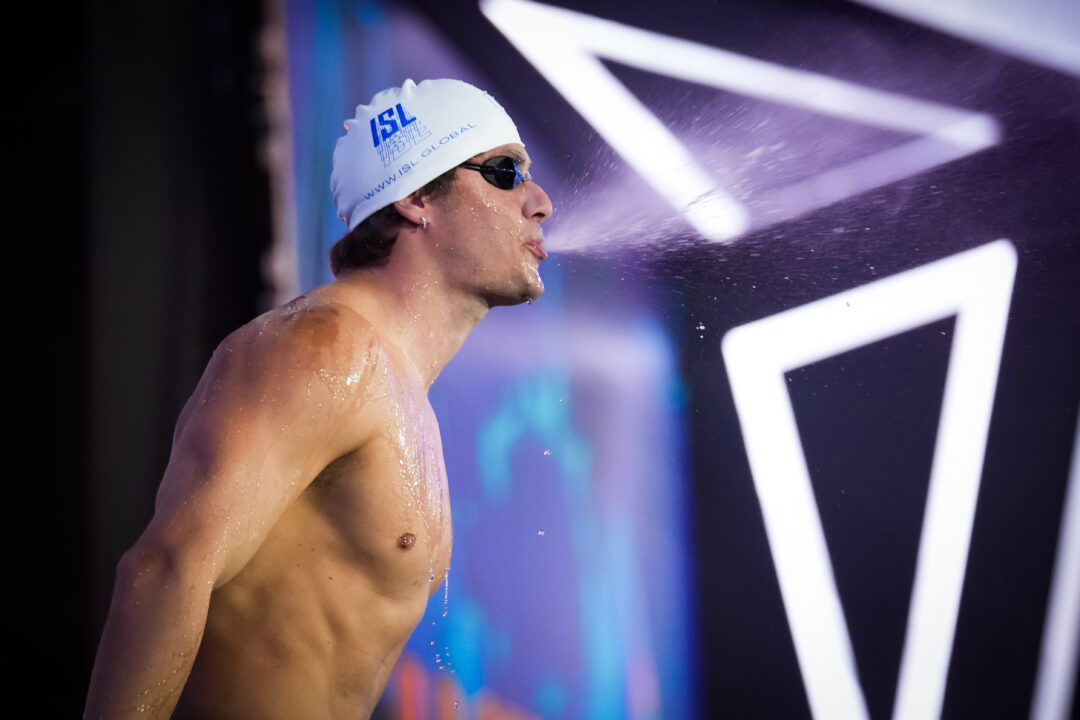 Three of the relay's four members were on the prior record-setting men's 4x100 medley relay at an ISL match in October 2019. Current photo via Mike Lewis/Ola Vista Photography

Three of the four swimmers — Martinenghi, Rivolta and Miressi — were on the prior record-setting relay at an ISL match in Naples in October 2019. Simone Sabbioni led off that relay in 50.57, followed by Martinenghi in 56.44, Rivolta in 50.28 and Miressi in a significantly slower 46.84.

The Aqua team picked up 24 points in the win on Saturday, jackpotting teams from the New York Breakers and Tokyo Frog Kings. The Aqua B team took second, just .65 seconds back, and included Sabbioni, Arno Kamminga, Szebasztian Szabo and Vladislav Grinev.