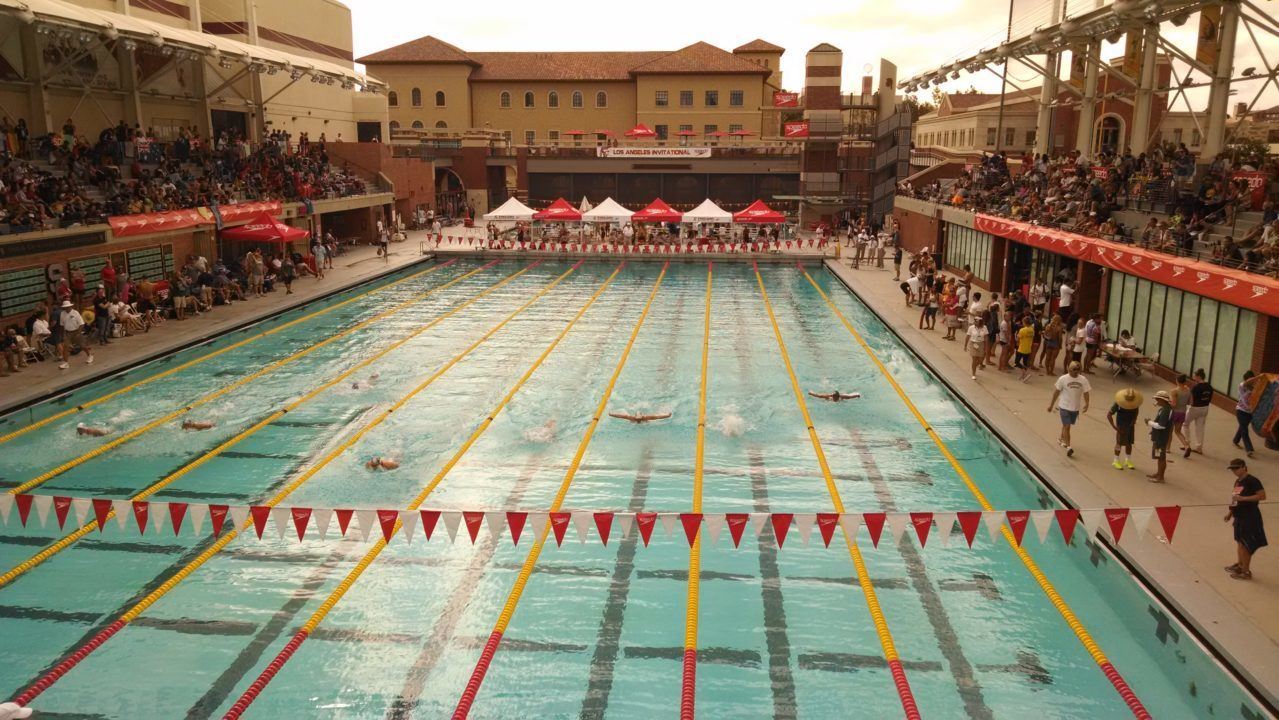 French sprinter Amaury Leveaux is back, and eyeing a gold medal in the 50 free at the Olympic Games in Tokyo in 2020. Stock photo via Anne Lepesant

French Olympic gold medalist and World Record-holder Amaury Leveaux has announced his comeback. Five years after hanging up his suit and goggles, the 6’7-1/2” sprinter told Le Parisien, “I’m coming back to swimming. And specifically, the goal is Tokyo. It’s a big challenge but I think I still have something left to do. I thought I’d turned the page, put the swimming book away, but there’s still a big part left to write, and I want to do it.”

Leveaux is a 4-time Olympic medalist. He won gold in 2012 as a member of the French 4×100 free relay. He swam the first leg in the final, going 48.13 to put the French in a strong position against the Americans, who led off with Nathan Adrian’s 47.89. Eventually Yannick Agnel overtook Ryan Lochte on the final leg, and the French (Leveaux, Fabien Gilot, Clément Lefert, and Agnel) touched out the Americans by .45. He also won a silver medal in London as part of the 4×200 free relay. In 2008, he won a silver medal individually in the 50 free and led off France’s second-place 4×100 free relay (47.91) in the race that Jason Lezak famously anchored for the Americans. Leveaux still holds the World Record in the SCM 100 free (44.94, from 2008 World Championships).

Leveaux told Le Parisien that it’s something he’s been thinking about since May. Even though he’s only been in the water three times in five years, he’s confident he can get back into competitive form. “I didn’t really miss swimming. To be honest, I still don’t miss it. [But] I’m a competitor. I love challenges. I have plenty of challenges with my son [editor’s note: Leveaux is the father of 3-year-old Edward], w this extra little challenge, to win a gold medal at the Olympic Games, that’s something I’d like to do.”

Leveaux will be moving to Los Angeles on October 1st to train under Dave Salo at USC. He expects to have a rough first 3 months while he gets back into shape. He says he called Salo and presented his plan, told him what kind of shape he’s in and how long he’s been out of the water. Salo agreed to train him. “He knows exactly what I need in order to succeed,” said Leveaux. Later in the interview he added, “I know I have an athletic side, and I have the will [to succeed]. And I think that will the will, I can do anything. Anyone can, if they have the will.”

Leveaux is not coming alone. With him will be a cameraman and an editor so people “can follow my work on a daily basis,” as well as a personal trainer and a chef. “I need optimal conditions, [I need] calm. In France it would have been complicated. I get bored with things quickly but [in this case] I won’t have enough time. It’s just 20 months away….”

Shades of Ian Thorpe?
Good luck, but the swim world has come a long way since 2012, my friend!
À bientôt!

I think a better comparison is Anthony Ervin. Leveaux will be younger in Tokyo than Ervin was in Rio.

Put the band back together. Let’s get Alain Bernard and Jason Lezak for a 2020 re-match of thex4x100 free relays. Everyone can smash guitars. Phelps?????

Good swimmer. No chance at gold

Anyone who’s 6 foot 7 athletic. Young. No injuries who’s a world record holder to boot… definitely has a chance.

suppose that’s true. Best of luck to him. Huge talent.

Ian Thorpe took 5 years off, and 1 year was not enough for him to come back in top form

Odds are against, but it’s a lot easier to reclaim form in the 50-100 than in Thorpe’s events. Not to mention Thorpey’s shoulder issues. Torres, Ervin.. not totally farfetched but we’ll see.