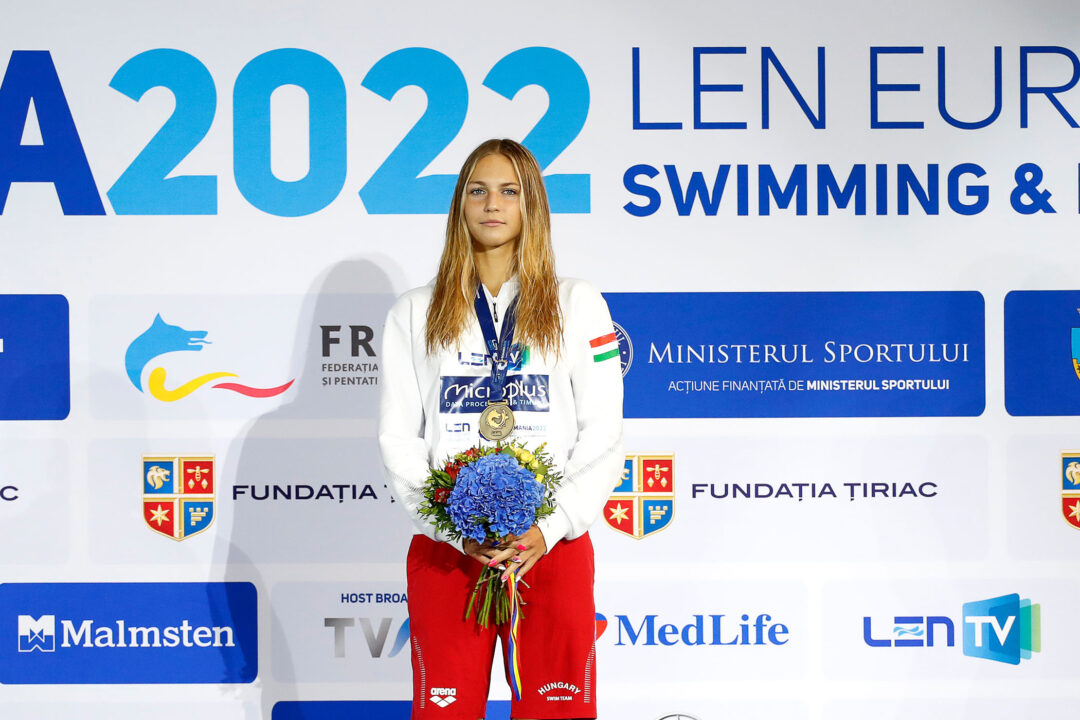 Hungary's Nikolett Padar is the top seed in the girls 200 free by a wide margin. Stock photo via LEN/Simone Castrovillari

It’s finally here: the last prelims session of the 2022 World Junior Championships in Lima, which also marks the final day of the final major international competition of the season. Unlike other international championships, World Juniors doesn’t have the same slim schedule on the final day of the meet. Rather, there’s a fairly loaded prelims session on tap for today, featuring heats of the boys 200 back, girls 200 breast, boys 200 fly, girls 200 free, boys 4×100 medley relay, and girls 4×100 medley relay. There will also be timed finals of the boys 1500 free, the early heats of which will be completed during prelims, while the fastest heat will swim with finals tonight.

Today’s action will feature one more boys backstroke battle between Poland’s Ksawery Masiuk and South Africa’s Pieter Coetze. Already this week, Coetze has set the World Junior Championship Records in semifinals of both the 50 and 100 back, which Masiuk then swept in and broke in finals, winning gold. The 200 back today will mark Coetze’s final opportunity at beating Masiuk head-to-head. The 200 back can’t follow the same pattern as the 50 and 100 did, since there won’t be a semifinals round of the event. We can assume the Championship Record will go down tonight, however, as Masiuk is entered under the record time.

Twin brothers Krzysztof Chmielewski and Michal Chmielewski are the top 2 seeds in the boys 200 fly this morning. Krzysztof is the fastest entrant, coming in at 1:55.01, while Michal is a bit back from that at 1:56.66.

Hungary’s Nikolett Padar is the top seed in the girls 200 free by a wide margin. The 16-year-old has already won 4 gold medals at these championships, including winning the girls 100 free. She’s also the European Junior Champion in the 200 free. Her time of 1:57.91 makes her the top seed by about 1.5 seconds.

But splits like this, even with Molnár and a devastating butterfly by Komoroczy, Hungary could even lose to Poland in the Finals for bronze.

Another day with an insanly stupid schedule, PUTTING THE 200 FREE WOMEN AS THE LAST EVENT BEFORE RELAYS!!!

Pádár had a 1:57,80 at semi-finals of the European Championship in Rome 3 weeks ago.