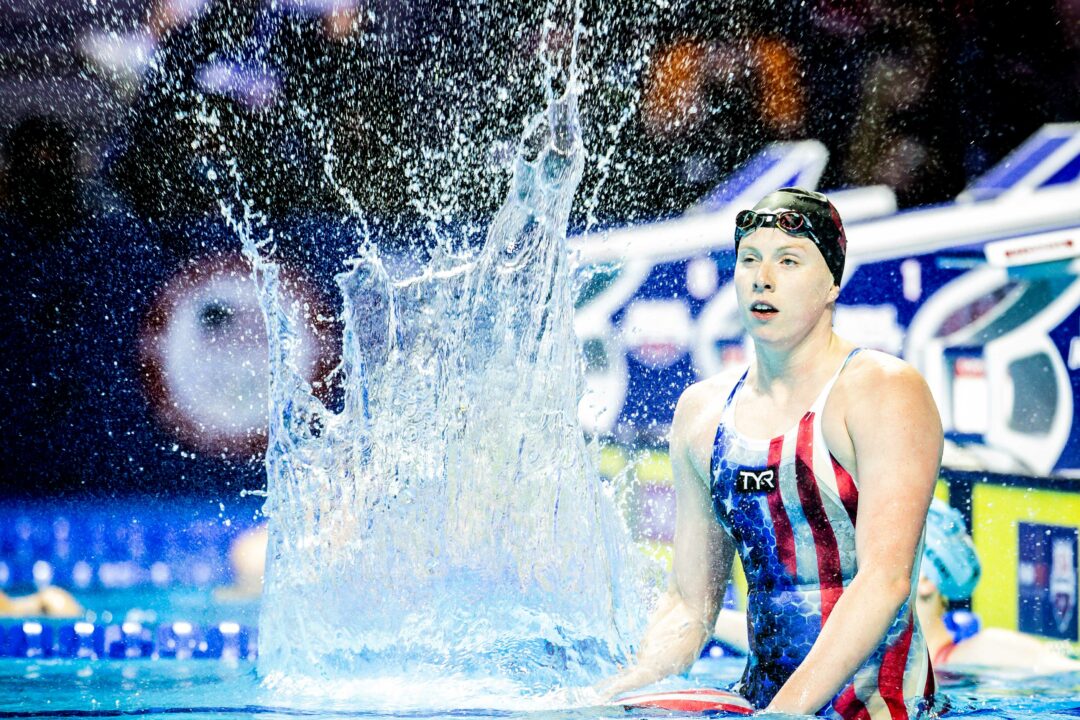 Swims fan were treated to an exciting night of racing last night in Omaha, as at least seven, and most likely ten, men and women qualified to swim for Team USA in Tokyo. Scroll down for race video from the women’s 100 breast, women’s 100 back, men’s 100 back, and the men’s 200 free.

Lilly King won the 100 breast, and will be heading to Tokyo to defend her Olympic title in that event, while 17 year-old Lydia Jacoby took 2nd, putting her line to become Alaska’s first U.S. Olympic swimmer.

Regan Smith just lost her world record in this event to Australia’s Kaylee McKeown, but will now get a chance to swim McKeown head-to-head next month in Tokyo in what should be one of the most exciting races of the Olympic Games, and Rhyan White overcome an incredibly deep field to touch 2nd.

Literally zero of our readers picked Hunter Armstrong to finish in the top 2, but the Ohio State swimmer should join Ryan Murphy, who won golds in both backstroke in Rio, in representing Team USA next month.

Townley Haas swam the same exact time he did when he won this event at 2016 Trials, but Kieran Smith got his hand on the wall first, earning a second Olympic swim after winning the 400 free Sunday night.

Does anyone know where to watch Jake Mitchell’s 400fr time trial? According to Twitter it was the most electric part of the night.