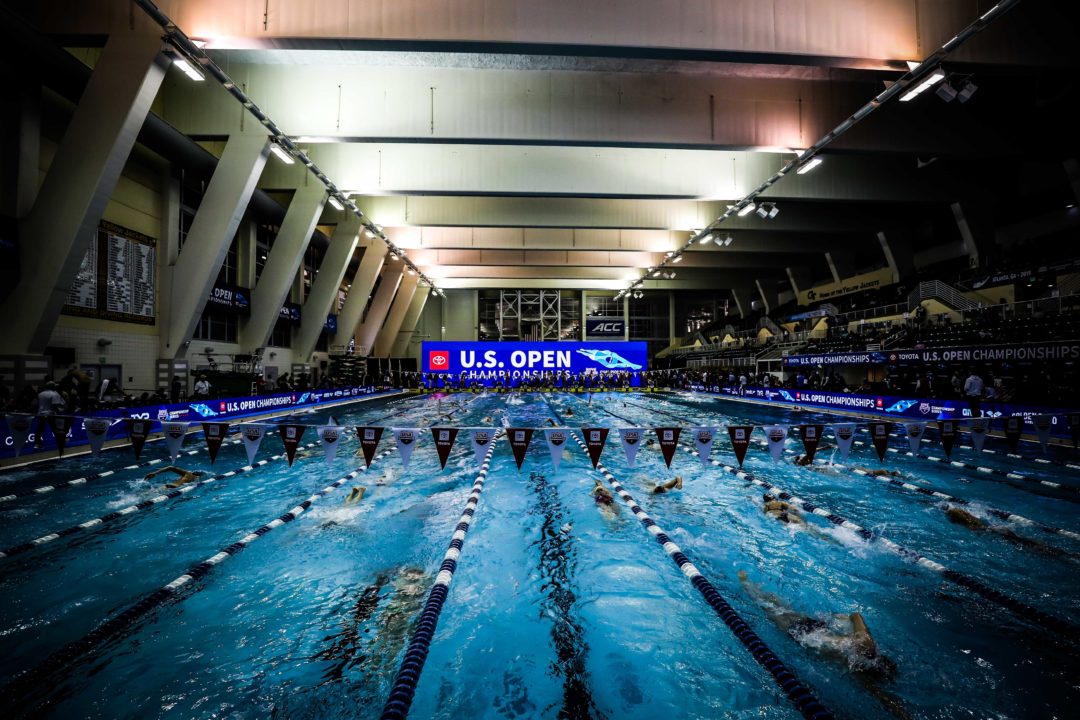 The McAuley Aquatic Center has served as the league’s championship site on five previous occasions, in addition to hosting the 1996 Olympic Games. Stock photo via Jack Spitser/Spitser Photography

GREENSBORO, N.C. – Georgia Tech will play host to the ACC Men’s and Women’s Swimming and Diving Championships on Feb. 15-19, 2022, the conference announced Wednesday among its full championships slate for the 2021-22 year.

The Yellow Jackets’ venue, the McAuley Aquatic Center, has served as the league’s championship site on five previous occasions, in addition to hosting the 1996 Olympic Games.

Georgia Tech swimming and diving is coming off a banner year in which the women’s team earned a program-best 28th overall finish at NCAA Championships, while the men finished 21st in the country. The Jackets had five individuals across both teams earn All-America status – Caio Pumputis, Christian Ferraro, Batur ÜNLÜ, Camryn Hidalgo and Anna Bradescu.

At last year’s ACC Championships in Greensboro, N.C., Tech podiumed six times on the men’s side with two ACC Champions (Pumputis and ÜNLÜ) and the women’s team scored a program-best 498 points on the weekend with McKenzie Campbell setting two school records and Hidalgo taking bronze on the 3-meter board.

As previously announced, Georgia Tech will also serve as the host of the 2022 NCAA Swimming and Diving Championships on March 23-26.