Regan Smith on Making First Olympic Team: “That was stressful, that was tough” 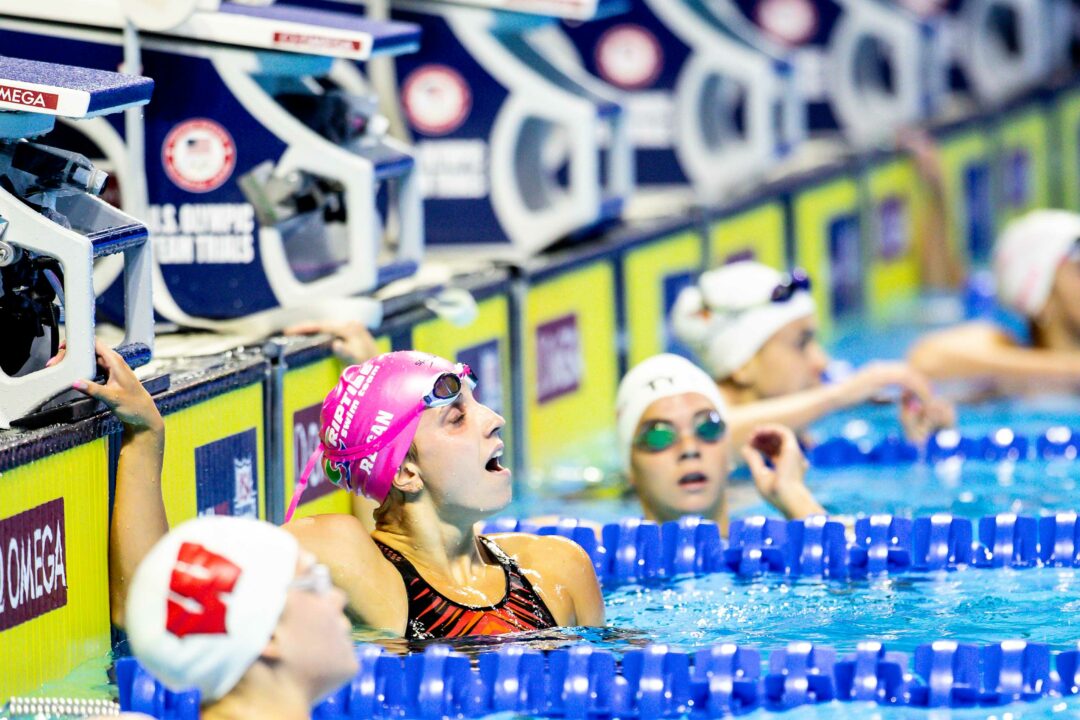 In one of the most highly anticipated finals of the meet, Regan Smith came through over an elite field to win the women’s 100 backstroke and qualify for her first Olympic team.

Smith, who set the (now former) world record in this event at the 2019 World Championships in 57.57, blasted out to an early lead on the opening 50 in 27.90, two-tenths under Australian Kaylee McKeown‘s newly-minted world record pace.

On the second 50, where Smith usually shines, she tied up a bit, losing ground to a hard-charging Rhyan White and Olivia Smoliga, but held on sufficiently for a final time of 58.35.

The 19-year-old Smith set a new U.S. Open Record of 57.92 in the semi-finals, but it was all about getting on the team in this race (not unlike Michael Andrew’s 100 breast swim from last night).

None of the eight finalists swam a personal best time.

I’m happy for her though a part of me is a little concerned. She’s too young to be having this much pressure

She is young but she can handle it. The unique situation of setting WRs and then everything closing down due to Covid and having that weight of expectatuon sitting on you for 2 years must be tough.

I agree with you. In a perfect world, the first emotion after realizing you made the US Olympic Team should be pure joy. She looked relieved. That’s tough to see.

I really agree. In recent interviews she’s looked like she has the weight of the world on her shoulders and it’s hard to see. I really think the pressure of expectation has impacted her since 2019 and the year’s delay has been particularly hard on her. Well done for making your first Olympic team, Regan!

You have to realize how far off the pace Regan Smith was in January, 2021.

I told ya’ll that smith would be the only one to get under 58 (albeit in Semi’s) at trials, surely this means Dawson is favourite for Bronze at olympics unless Masse does something special like a 58.2 or under at canadian trials.

Even with something like a 58 low for Masse at Trials, I don’t think she gets Bronze – Dawson’s rate of improvement this year has been incredible and I wouldn’t bet against her going under 58 at Olympics

Is Maggie planning to swim 100 back (assuming she qualifies)? I don’t think we can count her out from doing something crazy…

I guess we’ll find out in a few days time