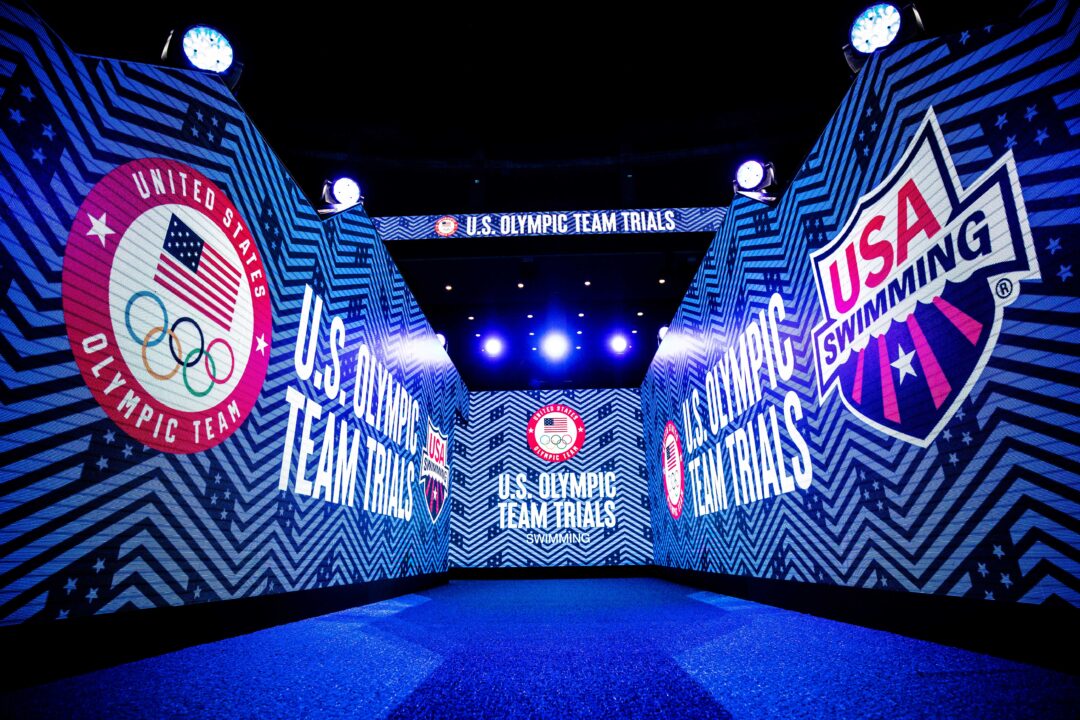 Here are tonight’s scratches and some top storylines to watch:

There appears to be just one scratch from tonight’s finals session. Mandy Brenner of Harvard had qualified 16th in the 100 free, but does not appear on the finals heat sheets. Brenner is currently finishing up her freshman year at Harvard.

South Shore Sails 17-year-old Cory Shanks was called up to the B final to replace Brenner.

The 200 fly could be one of the most hotly-contested events tonight. Coming into the meet, just two men had broken 2:00: Noah Henderson and Carl Bloebaum. This morning, Sebastian Sergile and Micah Slaton joined them under the two-minute barrier, and all four sit within four-tenths of a second of one another with just two transfer spots to the Wave II meet up for grabs.

This morning, no men broke 50 seconds in the 100 freestyle – but the entire top 8 were relatively close. The top four are all within half a second of the 50-second barrier, and in the finals setting, it seems likely someone will dip into the 49s tonight. Between Andrew Benson (18), Luke Miller (19), Patrick Sammon (17) and Steven Richardson (25), there are plenty of candidates.

19-year-old Elle Braun of Wisconsin Aquatics dropped 21.5 seconds over the month of May in her 800 free, rising from 9:05 to 9:00 to a new Trials cut of 8:44.03 last month. Coming off her freshman season with the Badgers, Braun leads the top 8 seeds into tonight’s timed-final 800 free, with a shot to make another huge drop and book a spot in next week’s Wave II meet.

Please stick to one user name within a comment section. So far you’re up to at least 4 or 5 on this article already. And while you’re at it, don’t impersonate other people. Thanks.

she ain’t got it this trials. pump the brakes and give it 3 more years. hopefully she doesn’t crack from living outside her dad’s protective bubble at VA

Lol BK dropping a tactical nuke on this clown trying to pump up a swimmer. Let the swimming do the talking, not someone using a bunch of fake usernames to pump their swimmer up.