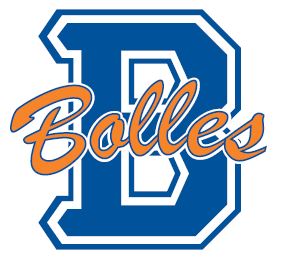 The Bolles School boys were dominant at the Florida 1A championships, and take home our high school team of team of the year Swammy. Current photo via Bolles School

The Bolles School boys, who won the FHSAA Class 1A state title by nearly 400 points in November, take home another title in 2021 as SwimSwam’s high school team of the year. The Bulldogs have been a Florida powerhouse that has won 34 straight state championships, but has also long been a national powerhouse. Former coaches like Gregg Troy and Sergio Lopez created a history of Olympic tradition with former Olympic medalists like Anthony Nesty, Gustavo Borges, Ryan Murphy and Joseph Schooling all having called Bolles home.

Now, head coach Peter Verhoef has a new crop of elite talent that has etched their names in the illustrious Bolles swimming history.

Junior William Heck, an NC State commit and SwimSwam’s #10 recruit in the class of 2023, set a new Florida state record in the 100 breast with a 53.64, while sophomore Carter Lancaster finished second in the 200 IM in 1:46.91 and 100 back in 49.10. Though we haven’t released class of 2024 recruiting rankings, Lancaster is poised to be one of the top recruits in the country for his class.

Honorable mention (in no particular order):

Who is SHS? Hard to be “snubbed” if they’re not even mentioned as a runner-up.

Congrats boys! Proud of you all!

AA Pioneer actually won 3 MI state titles in 2021, because the boys’ team also won in 2021. Incredible year for these HS teams despite so much disruption.

Love how they don’t mention Santo as an Olympic medalist…his name is not even in red as if there’s no links to his name.

I really wish he would’ve held on in the 100 free in Rio. The guy had a massive lead at the 50 and was still hanging up there with 20ish meters to go

Good call, and it appears fixed now….but seriously…Swim Swam will you please address this…WHY ARE THE RED NAMES SO INCONSISTENT in every article? People with swim histories are left unlinked all the time (and I’m talking about all kinds of swimmers–age groupers with a few stories, to Olympians with hundreds of them)….I mean….does it cost extra to link the names????