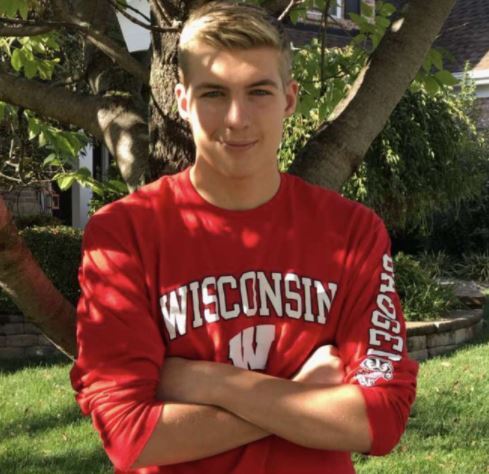 The fastest man through the afternoon was Wisconsin's Matthew Hillmer, who dropped over 9 seconds in 15:00.25. That's faster than 2 of the seeds in the final. Archive photo via Matthew Hillmer

The 2020 men’s Big Ten Championships conclude tonight in Bloomington. While the top 8 seeds in the mile will compete at the start of finals, we’ve already seen timed finals of the early heats. Read on for highlights from the afternoon distance session and how the outcome may impact the team race.

Every swimmer who landed in the top 8 this afternoon can score no lower than 16th, and there were 4 men faster than the 8th-seeded time (15:17.27). The fastest man through the afternoon was Wisconsin’s Matthew Hillmer, who dropped over 9 seconds in 15:00.25. That’s faster than 2 seeds in the final.

Wisconsin freshman Jack Leuthold had a big swim out of heat 2. His 15:14.66 lands 3rd so far and is his fastest swim since 2018 by far. It was his 2nd time ever breaking 15:20 and half a second shy of his best. He’ll exceed his seeded placement by no fewer than 6 spots. Graham Miotke had another big swim for the Badgers, dropping nearly 15 seconds in 15:16.83. He’ll outperform his seed (20th) by a good margin as the lowest he can finish is 13th.

Northwestern freshman Ryan King tied Leuthold’s time as they’re both sitting in 3rd through the afternoon. Teammate Jeffrey Durmer was the 8th fastest of the early heats in 15:19.97. They’re likely to end up right around their initial seeded placement as the Wildcats battle for a top 5 finish.

Ohio State’s Carson Burt dropped over 2 seconds from his best, putting up the 2nd fastest time in 15:13.30. The lowest he can finish is 10th, improving on his 14th seed. That bodes well for Ohio State in the team race with Indiana for 2nd, as Burt was their only miler and picked up more than their projected point total in this event. You can see the projected team scores, which consists of the current score, scored prelims, and projected mile points based on the psych sheets, here.

Indiana has an edge in this event, though, with multiple scorers. Spencer Lehman (15:20.55), the 17th seed, is currently sitting in 10th as their highest afternoon finisher. However, they have 2 men swimming in the championship heat.

Great showing by the entire Wisconsin team! Distance was icing on the cake!