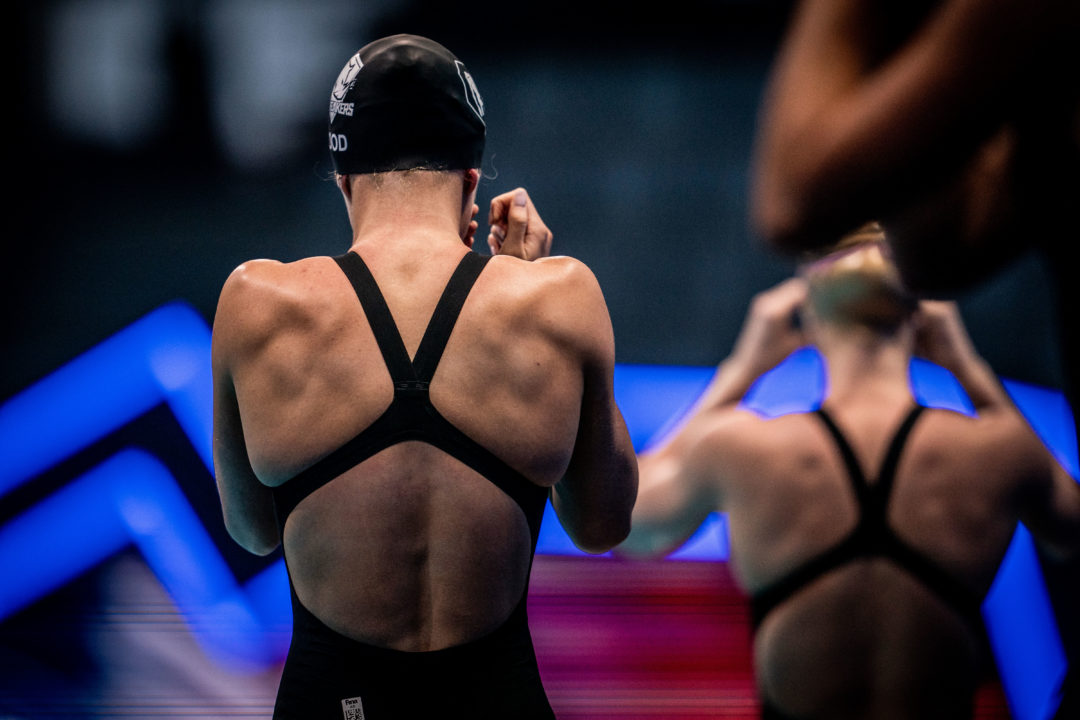 Day 2 of the inaugural weekend of Season 2 of the ISL will feature rematches of some of Friday’s best races. Current photo via Mine Kasapoglu for ISL

The 2020 International Swimming League kicked off this weekend at the Duna Arena in Budapest. After Day 1, the team standings are as follows:

Day 2 of the inaugural weekend of Season 2 of the ISL will feature rematches of some of Friday’s best races. Radoslaw Kawecki and Ryan Murphy will do battle in the 100 back, but this time they will be joined by Coleman Stewart, Evgeny Rylov, and Matt Grevers, all of whom could crash the party. The same players, with the exception of Kawecki, will compete in the 50 back skins contest, where they will also find Justin Ress and Michael Andrew. Stewart, Andrew, Caeleb Dressel, Chad le Clos, and Florent Manaudou will face off in the 50 fly. Maxime Rooney is looking to extend his strong performances from Day 1 and is entered in the 100 free and 200 free. He’ll go up against Ress, Dressel, and Manaudou in the former and 400 free winner Danas Rapsys in the latter.

One of the most exciting races of Day 2 will be the 100 IM. The event, new to the lineup in 2020, will feature Dressel, Andrew Seliskar, Kliment Kolesnikov, Marcin Cieslak, and Andrew. The women’s race will pit Abbey Weitzeil and Sarah Sjostrom against Meghan Small, Melanie Margalis, and Mary-Sophie Harvey.

Olivia Smoliga, Beata Nelson, and Emily Seebohm are entered in the women’s 100 back. Lilly King, unbeaten in ISL racing, and Molly Hannis will try to keep Benedetta Pilato at bay in both the 100 breast and the 50 breast skins race. The 50 fly will feature the same cast as yesterday’s 100, including Sarah Sjostrom, Anastasiya Shkurdai, Kelsi Dahlia, and Erika Brown.